State of emergency in Primorsky Krai-truth or speculation 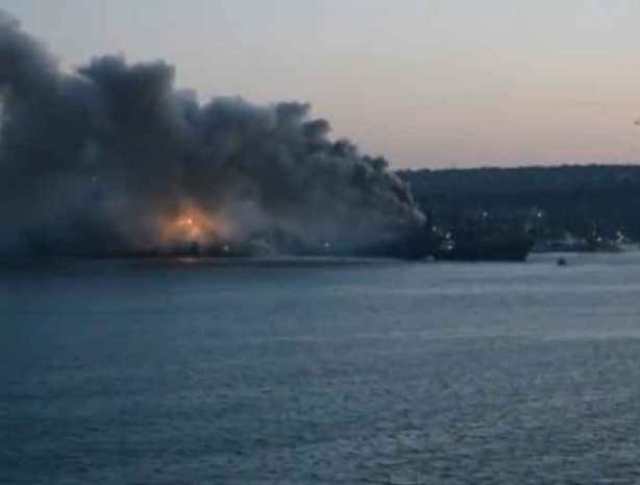 On March 10, a major emergency occurred near the closed city of Fokina in the Primorsky Territory. An explosion occurred on board a large anti-submarine ship of the Pacific Fleet of the Russian Federation.

The first Russian media reported this news channel REN TV, after which it "spread" on the Network. According to him, on board the BOD, when unloading ammunition, mines and torpedoes were detonated. Allegedly from the explosion in the hull of the ship formed a large hole, threatening to flood. As a result of the emergency, 7 sailors were injured, most of them were poisoned by gorenje products. Now they are in a military hospital, their lives are not in danger.

According to sources, as a result of a series of powerful explosions, at least seven people were injured – all of them are in one of the local hospitals, but, according to some reports, their lives are not in danger.

"As it became known to REN TV, an emergency in the closed city of Fokino occurred on March 10. After a powerful clap, a fire started and the subsequent collapse of the crane boom on board the ship. Seven servicemen received injuries of varying severity. Some of them were poisoned with a nerve agent (possibly gorenje products), the victims were hospitalized, " the report says REN TV.

Shortly after, the TV channel said that the cause of the explosion is still unknown, but it is assumed that it is not related to a violation of the process of unloading ammunition or a violation of security measures.

Official comments from the command of the Russian Navy and the Ministry of Defense of the Russian Federation on this matter are not yet available, while the current state of the damaged BOD remains unknown, although taking into account the voiced data, the explosion occurred below the waterline.

In turn, the Russian Defense Ministry denied this information. "There were no incidents related to the maintenance of weapons of ships and vessels of the Pacific Fleet. The information published in some mass media about the alleged explosion of torpedoes on March 10 while unloading from a large anti-submarine ship in Primorye does not correspond to reality," the Russian military department said.

Later, the Defense Ministry called the explosion "insignificant" during unloading operations. At the moment, there is no reliable information about the incident. If the incident is confirmed, it means that the Russian Navy for a long time lost another warship (including the aircraft carrier "Admiral Kuznetsov") of the ocean zone, according to the portal Free News.