The American "Golden Horde" will "saturate" the Russian air defense 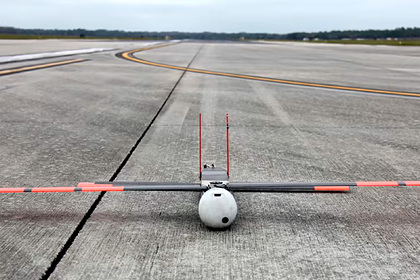 The Pentagon, as part of the Low-Cost Cruise Missile (LCCM) project, has completed the development of weapons that will create a swarm of low-cost Coyote unmanned aerial vehicles (UAVs) of Raytheon's Block 3 version, allowing for "saturating" enemy air defense attacks, The Drive reports.

According to the publication, the UAVs in the swarm are able, in particular, to re-aim and exchange tasks, as well as to conduct synchronized massive attacks on the enemy's air defense systems (for example, Russia and China), leading to the fact that the number of targets to hit significantly exceeds the firepower of the defending side.

The Drive notes that LCCM technologies can be used in the semi-autonomous high-precision weapons system Golden Horde ("Golden Horde») The United States Air Force (USAF), which was tested, in particular, in February.

The publication writes that the drones in the swarm can perform various tasks, in particular, reconnaissance and strike, as well as act as false targets. Among the claimed capabilities of the created system is " dynamic response to a priority threat environment with simultaneous implementation of joint identification and distribution of targets along with synchronized attacks."

The Drive notes that the Pentagon has transferred the materials of the relevant developments to the US Army, Air Force, Navy and Marine Corps. The Drive emphasizes that in the documentation, Coyote can mean both a UAV and a cruise missile.

In February, the FlightGlobal portal wrote that in the penultimate week of the same month, during the joint use of four GBU-39/B SDB bombs integrated into the Golden Horde system, four targets were simultaneously successfully hit.

In March 2020, the US Air Force at the Air Warfare Symposium 2020 event in Orlando (Florida) showed an animation of a strike on the enemy of the promising Golden Horde system, which involves the use of artificial intelligence and communications.

In December 2019, the American publication Popular Mechanics wrote that the US Air Force wants to send the Golden Horde system against its opponents.