USC General Director: at least 50% of Russian equipment will be used on promising vessels 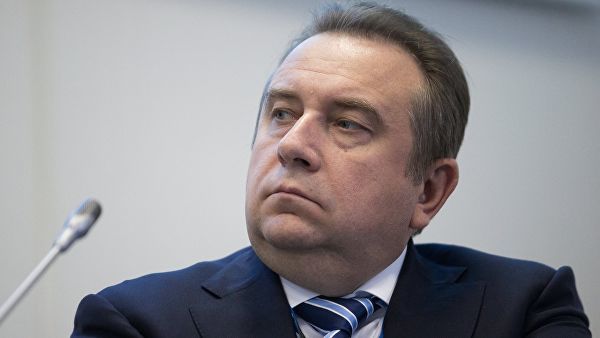 TSAMTO, March 18. The State Duma held a meeting of the Expert Council for the development of the shipbuilding industry and marine equipment, the topic of which was import substitution.

The head of USC Alexey Rakhmanov spoke about the achievements in the field of localization of production of marine equipment, as well as the necessary measures of state support.

A. Rakhmanov noted that the shipbuilders have done a lot of work to translate the theory of import substitution into reality. Shipbuilders, in fact, had to rebuild production with one hand and adjust projects that for a quarter of a century were focused exclusively on imported equipment. The other is to prepare the appropriate regulatory support.

Thus, for USC, one of the main tasks was to launch the production of domestic analogues of foreign ship complete equipment (SKO). To date, the corporation has created projects of vessels that will be equipped with 50% Russian equipment. For example, a promising cargo ship "Finval-8000" or a modular vessel "Sotalia".

The formation of a supplier panel focused on domestic companies is also continuing. At the end of 2020, the USC maker list included 113 Russian manufacturers of COEX systems. "We, in fact, conduct prequalification work, which allows us to deal not with those who came "from the street" and try to dump, but with those who have real work experience, " said the general director of USC.

At the same time, the regulatory framework was actively improved. The development of a methodology for confirming the production of products on the territory of the country was completed. The shipbuilders supported the introduction of amendments to the relevant Government Resolution No. 719. Now, according to A. Rakhmanov, it is important to minimize the number of exceptions – so that they do not emasculate the essence of import substitution.

In turn, Vladimir Gutenev, coordinator of the Expert Council for the Development of the Shipbuilding Industry and Marine Equipment, First Deputy Chairman of the State Duma Committee on Economic Policy and Industry, noted that another significant step towards import substitution will be the introduction of amendments to the Code of Merchant Shipping (KTM). The draft law, which is currently under consideration in the State Duma, gives the Russian government the authority to determine the types of activities that will be carried out exclusively with the use of domestic-built vessels.

"As a result of the work on the draft law, it was possible to come to a compromise wording that is mutually acceptable both for the shipbuilding industry and for ship operators. Currently, the draft law is being prepared for the second reading, so it is necessary to intensify work on the regulatory framework so that all the decisions of the Expert Council are necessarily taken into account," Vladimir Gutenev stressed. At the same time, according to him, the list of works assigned to Russian-built vessels should be as complete and comprehensive as possible.

The message is posted in the public domain on the website of JSC "USC".