"By leaps and bounds to launch". Scientist on Russia's great success on Mars 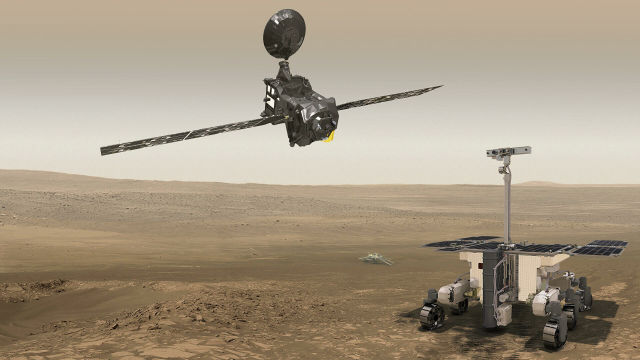 MOSCOW, January 19-RIA Novosti, Tatiana Pichugina. The second phase of the ExoMars mission is well on its way to launch, scheduled for September 2022. The goals of the expedition are soft landing, research on fixed and mobile platforms, drilling to horizons untouched by space radiation, and searching for biomarkers in the ground. If there is life lurking somewhere on the Red Planet, it is only under the surface at a depth of more than one and a half meters, says Oleg Korablev, scientific director of the Russian part of the project, head of the Department of Physics of Planets and small bodies of the Solar System of the ICI RAS.

ExoMars is a joint two-stage project of the European Space Agency and Roscosmos. The first mission in October 2016 delivered the Trace Gas Orbiter (TGO) to Mars to study the atmosphere. The satellite is equipped with two spectrometers for sensitive gas analysis — the Russian ACS and the Belgian Nomad. One of the most important results is the determination of the upper limit of methane concentration — 50 parts per trillion. This led to a serious rethink of the popular hypothesis about the biogenic source of this gas on the planet.
The second ExoMars mission was planned for the summer of 2020, but was postponed to 2022. The flight module will be launched into space by a Proton-M rocket, and a descent vehicle with a parachute and brake system, a landing platform "Kazachok" with a rover "Rosalind Franklin" will separate from it in the orbit of Mars. TGO will serve as a data relay from Mars to Earth. The likely landing site is the Oxia Plain in the northern hemisphere near the equator.

- Oleg Igorevich, at what stage is the preparation of the mission now? Have the difficulties that caused the postponement of the second ExoMars expedition been overcome?

— I am responsible for the scientific component and cannot comment on the entire project, but in general, the situation looks, from my point of view, not bad. Last year, there were difficulties, including due to delays in testing the entire space complex. The situation was aggravated by the coronavirus epidemic. The parent company is located in the north of Italy, where there was the toughest lockdown (the site of Thales Alenia Space Italia in Turin. It was too risky to launch the mission in 2020, so it was postponed for two years. Gradually, everything was adjusted. Recently, the United States successfully tested a parachute. The scientific instruments were handed over last year. In general, the project is going by leaps and bounds to launch. 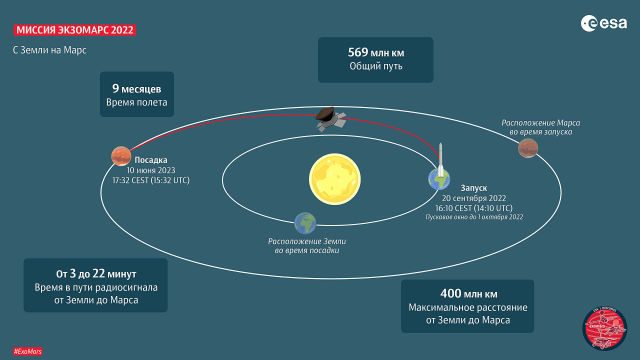 - Attention is drawn to the very high saturation of the instruments of the platform and the rover. Some, it seems to me, duplicate each other. Was it done on purpose?

— There is a difference between two approaches — the conventionally conservative, American, and the more liberal, European. NASA is limited to a small number of instruments on board. This is justified if the devices are very expensive, complex and proven in many flights, reliable. European and Russian missions often use new methods, and therefore they need more instruments. Duplication, or more precisely, margin, increases reliability.

For example, the surface temperature can be measured in different ways, each method has its own flaws, so it is sometimes quite difficult to get objective information. If you use several devices to do this, then the objectivity increases. Although it adds a headache, of course, in the development process.

— The rover's mast is equipped with an ISEM infrared spectrometer, created at the IKI RAS. How will it work?

- ISEM is a device for remote observation, eyes. It allows you to evaluate from the point of view of mineralogy what is happening around, where it is better to go, which place on a scale of three meters to ten centimeters looks more promising, where it is better to drill. It works in conjunction with the PanCam panoramic camera system.

— How will they take the soil, analyze it?

— The American rovers of the Athena family - "Spirit", "Opportunity", "Curiosity" - have"hands". Our rover doesn't have one. Samples are taken by the drilling device. The rover stops and drills to a depth of up to two meters to reach horizons where galactic cosmic rays do not penetrate. Mars, unlike Earth, is not protected by radiation belts, there is almost no ozone, and everything that comes from space reaches the surface, sterilizing it. At a depth of more likely to find signs of life — this is the main goal of the mission.

The drilling process is long, difficult, and risky. On board there is an analytical laboratory of several instruments. They are installed in a sealed compartment inside the rover, completely sterile, so as not to contaminate the samples. Another device, the Ma_MISS spectrometer, analyzes the composition of the soil directly in the well. The core is lifted, ground, and the most interesting samples are selected using an infrared microscope and a Raman spectrometer. They are examined by the most powerful device of the complex-a chromato-mass spectrometer. 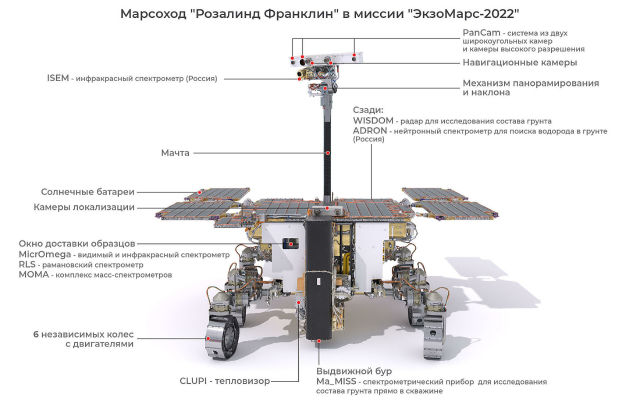 The Rosalind Franklin rover on the ExoMars 2022 mission"

— Are the samples going to be delivered to Earth?"

"No," I said. This is not part of the ExoMars expedition plan. The cores will be processed directly on board the rover, something will be subjected to a deeper analysis. But the American Mars rover "Perseverance" will move around the surface and store samples in order to take them back to Earth at the next stage of the mission.

— What is the difference between ExoMars-2022 and the American InSight probe, which is already operating on the planet, and the Perseverance flying there?

- InSight is a purely geophysical project dedicated to studying the internal structure of Mars. He is not engaged in the search for life. The probe is equipped with a seismometer and a device for measuring the heat flow from the subsurface. A typical American approach — just two devices, both, by the way, European.

Perseverance will collect samples for later return. There is no analytical laboratory for studying the soil, as on our site, but there is a very advanced system for assessing the composition of rocks at a distance. Its main device is a laser cannon. It shoots, and the color of the spark determines the elemental, not mineral, composition of the rock.

Curiosity is still operating on the planet. Since the Viking Expedition (1970-ies. - Ed.) this is the first rover of a powerful class with a rich instrument complex. It weighs like a small car, with a radioisotope energy source that does not depend on dust storms, light conditions. It's hard to do better. The range is quite wide, but it can't be compared with the ExoMars rover. No one has yet drilled on Mars and is not planning to yet.

Our rover has a drill 70 centimeters long, extending in three steps of fifty centimeters. This will allow you to penetrate into the solid rock to a depth of about two meters and get the core, which will then be crushed and analyzed in a sterile chamber with sensitive devices. This is a directed search for traces of life from the depth where they are not damaged by ionizing radiation.

On the stationary platform "ExoMars", in the creation of which the leading role belongs to Russia, a very powerful equipment is also installed. She will be engaged in subtle studies of the climate and atmosphere, its interaction with the surface of the planet. There is a small seismometer, less sensitive than on InSight, but it is able to record, for example, the fall of a meteorite. If such an event is detected by two instruments at once, it will be a big breakthrough in the seismology of Mars.

— What about the Chinese Tianwen 1 expedition, which is also heading for Mars?"

— The Chinese Mars program is an excellent technical achievement, space complexes of a wide orientation, a satellite, a rover with a good set of instruments. Thank God it's developing so fast. So far, it does not have focused scientific goals, but they will definitely be formulated in the near future.

— It turns out that ExoMars 2022 is the most equipped space expedition that can actually find traces of life.

"The Curiosity is perfectly equipped, so you don't have to pull the covers over yourself. For example, the chromatograph and laser spectrometer there are significantly more powerful, but they have slightly different tasks. We must understand that we do not use fundamentally new methods, and it is impossible to take on board laboratory-class devices. In this project, we are looking for new solutions with what we have. Step by step, understanding what and how to measure better moves science forward. In addition, any device is a compromise between the costs and resources of the spacecraft. There is always an opportunity to come up with something new, but there are also limitations.

When they return the samples from Mars to Earth, it will be a breakthrough. But it's still a long way off. Now the most important stage of the study is to get and analyze the soil on the spot from the depth. For Russia, participation in the ExoMars program is a big step forward. Since 2018, two domestic instruments have been working perfectly in orbit on board the ExoMars-2016 orbital module. We've never had such a data stream from the Red Planet before.