"Surrendered in a matter of days": how Poland lost in the war with Russia 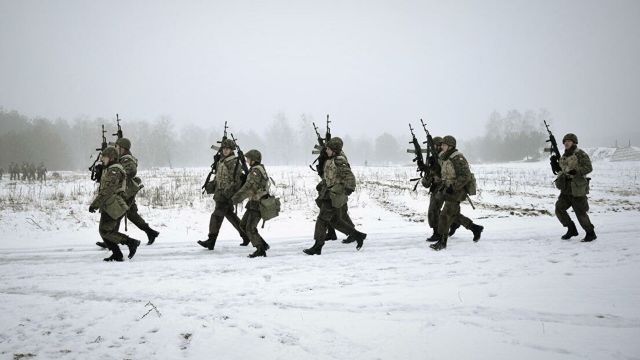 MOSCOW, 6 Feb-RIA Novosti, Nikolai Protopopov. The complete defeat of the army and the surrender of the capital on the fourth day of the war-the Polish generals tried to simulate an attack on Poland from the east. The exercises ended in a complete failure — even the latest American military equipment did not help the defenders. Why the Polish Army forgot how to fight — in the material of RIA Novosti.

Several thousand officers were involved in the largest command and staff exercises "Winter-20" in recent years. According to the scenario of maneuvers, they attacked Poland from the eastern borders, that is, obviously, Russia was again chosen as the" enemy".

It was planned that the Polish army would hold out for at least three weeks. However, everything was decided much earlier. Four days later, the enemy troops took Warsaw in a tight ring, and the Polish navy and aviation were defeated. The army has completely stopped resisting.

Moreover, in the virtual maneuvers, the Poles fought not only with the available weapons. They used the latest American equipment that Warsaw has already purchased or plans to purchase in the next decade: F-35 stealth fighters, Patriot anti-aircraft missile systems, HIMARS artillery systems. This, according to the assurances of the Polish military leadership, will seriously strengthen the potential of the armed forces. However, the simulated combat operations showed that in practice everything is somewhat different.

Strengthening the eastern flank, which Poland has been actively engaged in recently, also did not bring the desired results — the equipment and troops defending the border were quickly destroyed. The losses are huge, the Polish Defense Ministry admitted: in the first-line battalions-60-80 percent of the personnel.

According to the Polish publication Interia, unit commanders often did not understand the orders of the command, and sometimes they simply did not follow them. The tactics of the commander-in-chief almost immediately led to the loss of key weapons, and most of the defense enterprises went to the enemy, the participants of the maneuvers reported.

The Polish Defense Ministry did not disclose details and did not explain such a crushing defeat of the Polish army. They only said that they would draw the appropriate conclusions, study and take into account the mistakes in the planning of combat operations. 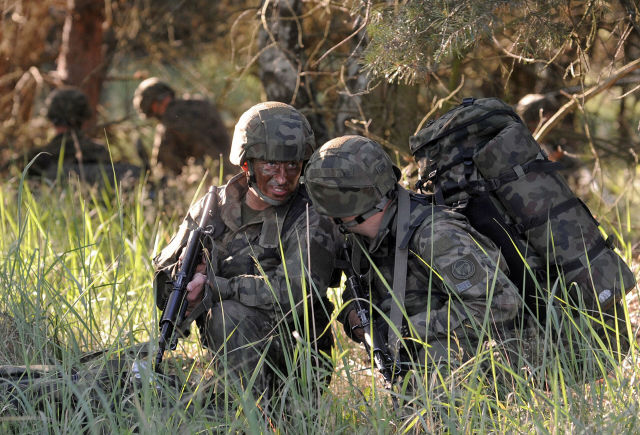 According to the expert of the analytical club "Valdai" Artem Kureev, staff exercises, of course, reveal the strengths and weaknesses of military planning.

"At the same time, they do not allow us to assess the real mobility of troops, the level of combat training of soldiers and officers," he said in an interview with RIA Novosti. - Especially in computer simulation. So the conclusion about the defeat of Poland in four days should be treated with caution. In addition, there are many questions to the introductory ones that the Polish army used. For example, on what principle they took into account the support of the air forces of NATO countries and how much time they spent on training in the pre-war period."

Kureyev added: the results of the exercises do not mean that the Polish army is very weak. "This is certainly a signal to the allies, and the desire to make the population" feel the Russian threat, " the expert believes. — It is also a way to motivate the part of the officers who do not believe in the war between Russia and NATO. In addition, thanks to the simulation, the Poles will certainly begin to develop new plans for a hypothetical war, taking into account the real capabilities of their army."

The interlocutor recalled that in the USSR before the Great Patriotic War, staff exercises were also conducted, which did not give the most pleasant results. At that time, not all the mistakes were taken into account, and, as a result, the first few months of the war were very difficult for the Red Army. 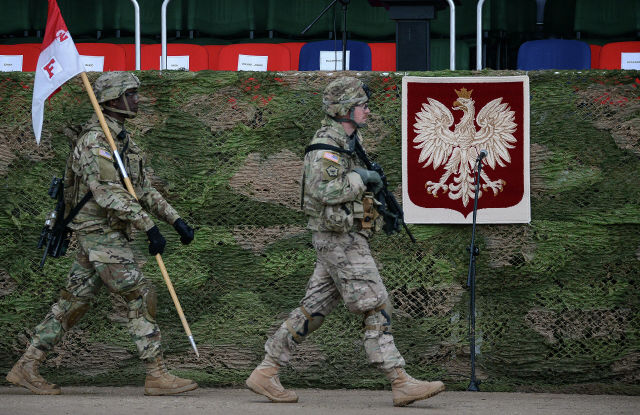 Konstantin Sivkov, first Vice-president of the Academy of Geopolitical Problems, also believes that the Polish leadership is trying to demonstrate the "Russian threat"to the population.

"The very fact of the publication of such data suggests that this is a propaganda campaign," the expert said. — To mobilize the people, Russia is presented as a powerful, aggressive military power that will take over Poland in just four days. In addition, this is an attempt to activate other countries, to draw their attention to the danger of Russia."

The world hears about the" Russian threat " most often from Poland — and the Baltic countries. Although Moscow has repeatedly stressed that Russia will never attack anyone.

The Poles are systematically preparing for war. The main ally is, of course, the United States. Warsaw has allocated billions of dollars for the purchase of military equipment. So, we have already ordered 32 F-35 multi-purpose fighters (the contract value is about $ 4.6 billion). The first aircraft will arrive in Poland in 2025. They are planned to replace the Soviet-made MiG-29 and Su-22.

In March 2018, we agreed on the supply of American Patriot air defense systems. It is expected that in the first stage — in 2021-2022-the Polish army will receive two batteries with PAC-3 MSE missiles and elements of the IBCS control and communication system. The first batch — 16 launchers, four radars and 208 missiles. The Polish government has repeatedly stated that the new air defense systems will be placed near the borders of Russia.

Last year, we signed a contract for American HIMARS missile systems with a range of up to 300 kilometers. For $ 400 million, Poland will acquire 20 launchers, ammunition, a training and logistics center. According to Russian experts, HIMARS will target only the Kaliningrad Region. In addition, Warsaw will receive FGM-148F Javelin anti-tank missile systems — 60 launchers and 180 guided missiles.

However, Sivkov added, the results of the "Winter-20" maneuvers are not far from reality at all, and American weapons are unlikely to decide the outcome in favor of Poland in the event of a real war.

"The Russian Armed Forces, equipped with modern military equipment, are significantly superior to the Polish army," the expert says. — We'll defeat them quickly if necessary. Not in four days, but 20 is quite enough. American weapons will not play a big role. In particular, HIMARS are nothing special-our Iskanders are three times superior to them in terms of combat potential. "Patriots" are also significantly inferior to our S-400. F-35-yes, a great car, but the cost is exorbitant. It is impossible not to take into account the problems with operation. And I do not think that the Americans will supply the Poles with the most modern air combat missiles. Therefore, the F-35 will lose to Russian fighters."

In any case, Washington supports Warsaw not only with military equipment. Today, 4,500 American troops are permanently stationed in Poland. The Poles also had high hopes for the arrival of thousands more soldiers and officers in the country after the Pentagon's decision to withdraw part of the contingent from Germany. 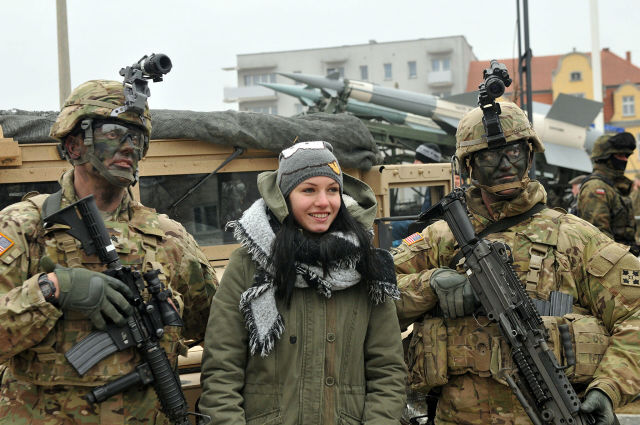 Ceremony of the meeting of the American military in the town of Skwierzyna, Poland