The Israelis have upgraded the Trophy tank active defense system 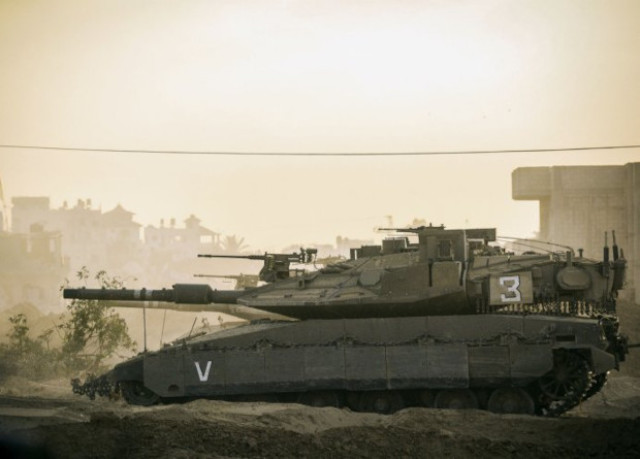 The Israeli company Rafael has upgraded the active protection system of the Trophy armored vehicles. According to Jane's, the upgraded version of the Trophy received an electron-optical all-round view system, which is designed to improve the protection of tanks from certain types of shells and missiles.

The Trophy tank active defense was developed in the first half of the 2000s. It is designed to protect against anti-tank missiles. The basic protection includes a radar station, a computer and two launchers with an automatic loading system.

After the radar detects an incoming munition, the computer calculates its trajectory and gives the command to the launchers. They shoot several metal balls, which destroy the rocket or grenade on approach.

Today, the Trophy is the only active tank defense system in the world that has been adopted and tested in real combat conditions.

According to Rafael, the delivery of the Trophy system to the Israeli armed forces is planned in the near future. In addition, the company is negotiating with the US Army to retrofit the supplied active protection system kits with new components.