Instead of Kaliningrad, Warsaw was on its knees – the Winter 2020 exercise» 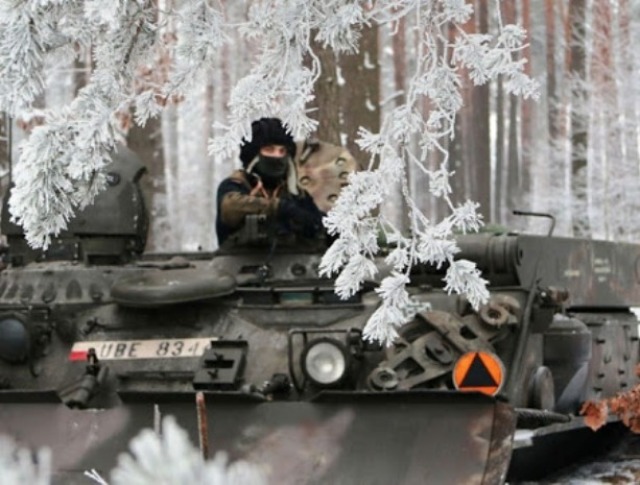 A major military-political scandal is being discussed in Poland. The Winter 2020 staff exercise, in which several thousand officers took part, ended in spectacular disgrace. The simulation showed that in just five days, the war on the eastern flank of the country (the border with Russia and Belarus) was lost, and the Polish army ceased to exist.

Staff exercises "Winter-2020" were held at the Polish Academy of Military Arts, the process was personally monitored by the President of the country Andrzej Duda and the head of the Ministry of National Defense Mariusz Blaszczak. But something went wrong.

First of all, as the journalists of the publication Interia found out, the modeling took into account new weapons systems ordered by Poland, but not yet delivered to the United States — these are Patriot anti-aircraft systems, HIMARS rocket artillery and the F-35 multi-purpose aircraft. Poland's defense was concentrated in the North-Eastern flank, near the border with Russia (Kaliningrad oblast), Belarus.

"The fierce defense of the east of Poland led to the defeat of the units located there and huge losses. On the fifth day of the virtual conflict, the enemy reached the Vistula. On the fourth day, Warsaw was surrounded. Strategic ports were blocked or occupied. The air force and navy ceased to exist, despite the support of NATO. To the east of the Vistula, the Polish units suffered a crushing defeat. The first-line battalions lost from 60 to 80 percent of their manpower and equipment, " the portal describes the results of the exercises.

The Office of the President and the Ministry of Defense declined to comment on this information, citing the secrecy of the exercises.

"The commanders of individual units were in shock, they refused to carry out some orders, because they were simply incomprehensible to them," Super Express reported some details of the conflict inside the Polish Defense Ministry.

After the scandal was made public, Defense Minister Blaszczak diplomatically stated: "To achieve perfection, you need to train."

Polish political scientist Tomasz Jankowski, commenting on the failure of the Winter 2020 exercises, believes that " the current situation is such that only a madman and / or a suicide can maintain Poland's military ties with the West."

"Finding common ground that is beneficial for both sides and building good relations with Moscow is no longer a "Russophile dream", but an urgent task facing the Republic of Poland, " Eadaily quotes Jankowski.

А, скандал с Millennium Challenge 2002, да помню.
0
Inform
Do you want to leave a comment? Register and/or Log in
Log in via Facebook
In the USA, it was proposed to ban "Solntsepeki" and "Pinocchio"
The United States agrees with Stoltenberg on the inadmissibility of Russia's influence in the issue of NATO expansion
The Permanent Representative of the Russian Federation to international organizations in Vienna Ulyanov called the refusal of AUKUS to provide data on the union abnormal
Putin signed the law on the powers of Roscosmos in the field of infrastructure construction
Korean aircraft carrier "won back" funding
Конфликты: Йемен - "забытая" война
The National Interest (США): российский танк Т-80 — это не шутка
In the USA, they were surprised by the size of the Su-75
Russia will offer India the technology of the Octopus tank
Шойгу счел необходимым построить в России еще несколько крупных городов
The State Duma appreciated the idea of banning the sale of grenades after the shooting at the MFC in Moscow
British military demanded $1.1 million for stuttering after Estonian frosts
Sasapost (Египет): американцы создают самый мощный лазер в истории. Что это значит?
Tank killer: the work of the PTKM-1R anti-roof mine was shown on video
Корпорация "Иркут" до конца 2018 года поставит ВКС РФ более 30 истребителей Су-30СМ
other topics discussed
2006-2021 © ВПК.name. All rights reserved.
When reprinting, link to ВПК.name required.
User agreement.
№ 21-PP in the register of information distributors.
18+
Website hosting: TimeWeb.