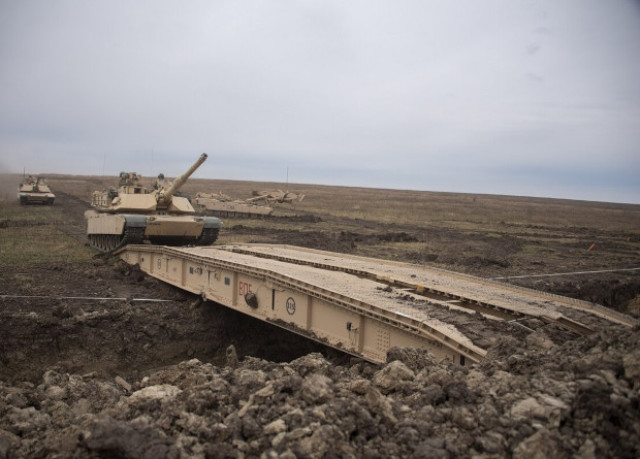 Specialists of the US Army have completed tests of promising unified assault bridge-laying JAB, the development of which was carried out since the beginning of the 2010s. According to Defense News, the tests of the bridge-laying machines were completed at the end of 2020. Based on the results of the inspections, it is planned to make improvements to the design of cars and bridge structures. In 2022, the US Army expects to receive the first JAB bridge pavers.

The US military today is experiencing a serious shortage of bridge-laying machines. The fact is that the new M104 Wolverine bridge pavers purchased in the late 2000s on the basis of the M1A2 turned out to be very expensive and the military abandoned them. The old AVLB vehicles, created on the basis of M60A1 Patton tanks, are already very outdated and have exhausted their resource.

The JAB tests were conducted with varying success in two stages. At the end of the first stage, the inspections were considered unsuccessful. The military said the low reliability of the bridge structures and problems in the operation of their hydraulic systems. In addition, the developers have changed the design of the automatic fire extinguishing system.

The JAB bridge-laying vehicle is based on the M1A1 Abrams main battle tank. The weight of the machine is 62 tons with a length of 9.8 meters, a width of 3.6 meters and a height of 3.1 meters, taking into account the transported folding bridge structure of the scissor type. The bridge structure can be used for laying over obstacles up to 11 meters wide. It takes about three minutes to unfold the structure and install it.