On January 23, 2021, in Istanbul, at the Turkish naval shipyard Istanbul Tersane Komutanlığı (Istanbul Naval Shipyard) [...], the launch ceremony of the lead frigate F 515 Istanbul of the national project TF-100 of the MILGEM program (Millî Gemi-national ship) was held. At the ceremony of launching was attended by President Recep Tayyip Erdogan. At the same time, the shipyard held a ceremony for the start of construction of the third (second under construction in Turkey) Ada-type corvette of the MILGEM program for the Pakistani Navy under the contract of 2018. The launch of the Istanbul frigate in the Turkish navy is scheduled for 2023. 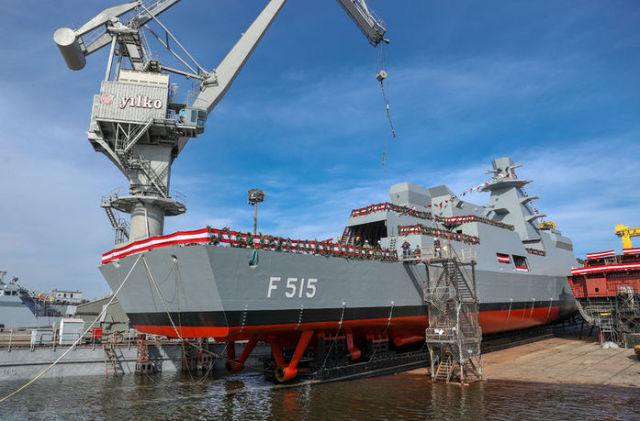 Launching at the Turkish naval shipyard Istanbul Tersane Komutanlığı (Istanbul Naval Shipyard) in Istanbul of the lead frigate F 515 Istanbul under construction for the Turkish Navy of the national project TF-100 of the MILGEM program, 23.01.2021 (c) habermotto.com

In July 2018, the Pakistan Navy signed a contract worth more than $ 2 billion with the Turkish state-owned design company Savunma Teknolojileri Mühendislik ve Ticaret (STM) for the supply of four MILGEM Ada-type corvettes to the Pakistani navy. Under the agreement, the first two corvettes for Pakistan will be built in Istanbul at the Istanbul Naval Shipyard with delivery in 2023, and the other two will be built with Turkish assistance at the Pakistan state-owned Karachi Shipyard & Engineering Works Ltd.(KSEW) in Karachi with delivery in 2024-2025. The first ship for Pakistan was officially laid down in Istanbul on June 4, 2020 (the first steel cutting ceremony was held there on September 29, 2019), the first ship in Karachi was started construction on June 9, 2020. Now in Istanbul, the laying of the third (second under construction in Turkey) corvette for Pakistan took place.

In December 2020, an agreement was signed on the construction of five Turkish-type Ada corvettes of the MILGEM program for the Ukrainian Navy. At the same time, the lead corvette should be completely built at the Turkish shipyard (apparently, the same Istanbul Naval Shipyard), the other four corvettes should be built in Ukraine at the Okean plant in Nikolaev. The laying of the lead ship in Turkey is possible as early as 2021, with the delivery to the Ukrainian fleet in this case by the end of 2024.

Originally MILGEM program envisaged building a Navy in Turkey 12 corvettes of the Ada, but then it was decided to replace the program following the first four ships of this type in larger units, the development of which was started in Turkey of four frigates of project TF 100 (MILGEM-G) and four more major big frigates (destroyers PVO) project TF-2000 (later, the number of planned ships of the TF-2000 increased to seven).

Frigate project TF-100 represent, in fact, enhanced version of the Ada class corvettes and they are relatively small ships for its class with a standard displacement of 3,000 tons and a length of 113.2 m and a width of 14.4 m. the ceremony of the first cutting of steel for the head of the frigate project TF-100, called F 515 Istanbul, took place at the shipyard, Istanbul Naval Shipyard 19 January 2017, and the ceremony official bookmark July 3, 2017. The lead contractor for the design and construction of all MILGEM ships is STM.

Three other frigates of this project, F 516 Izmir, F 517 Içel and F 518 Izmit, were planned to be built in Turkish private shipyards, but data on the issuance of contracts for them are still not available. According to recent reports, as a result, their construction will also be carried out at the Istanbul Naval Shipyard, and the commissioning of all three ships is planned for 2027. 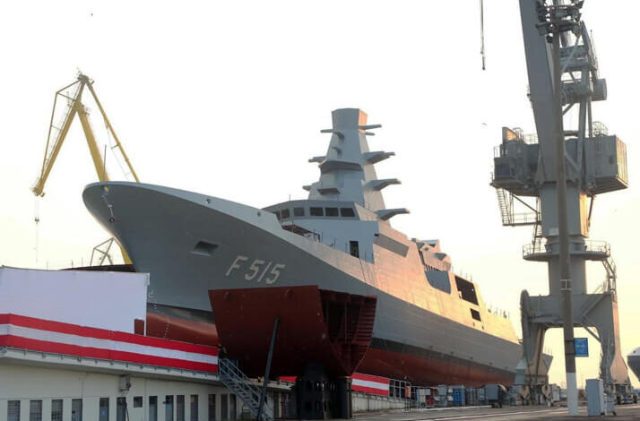 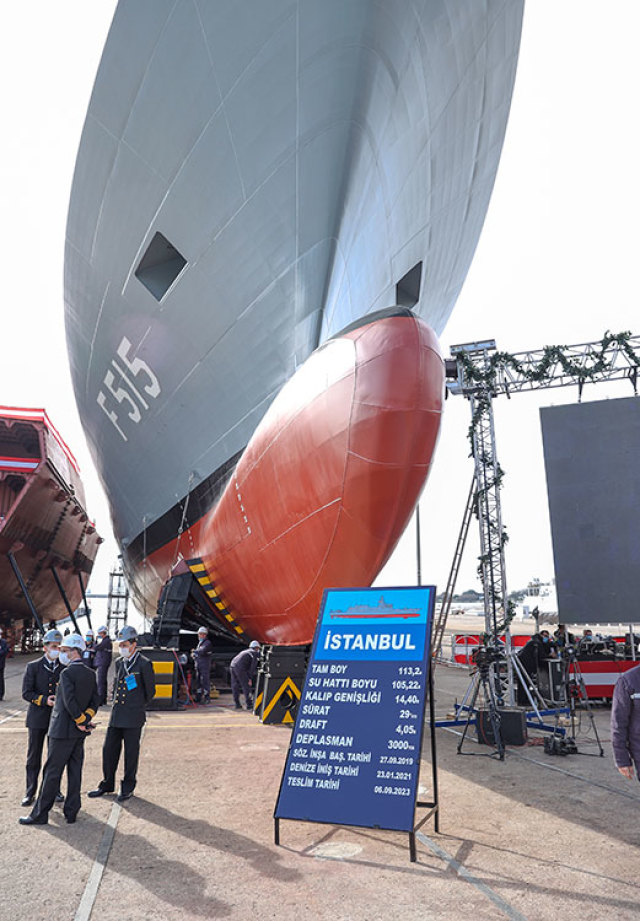 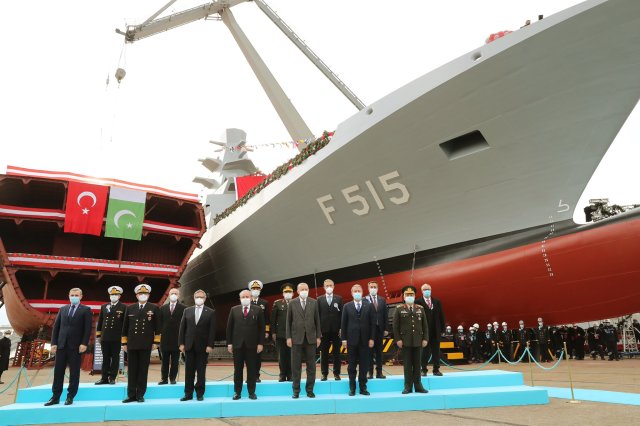 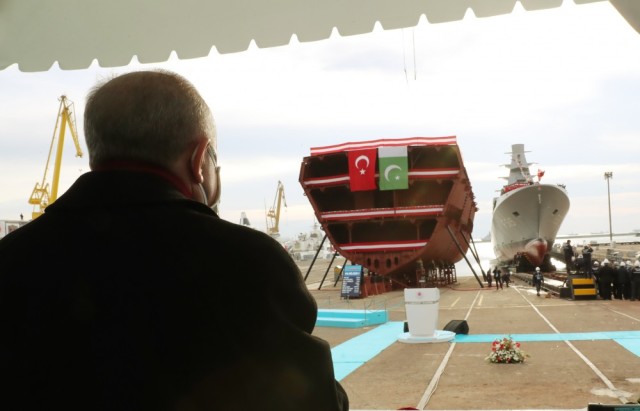 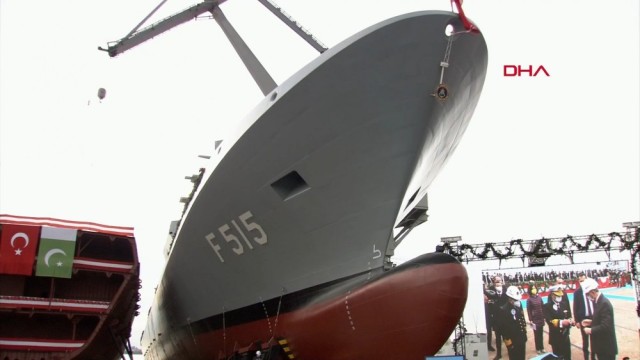 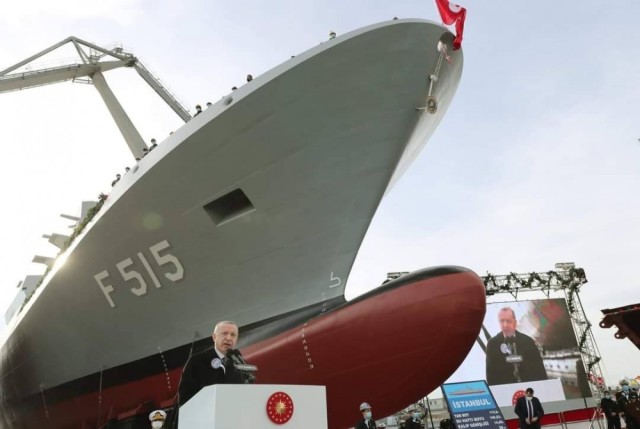 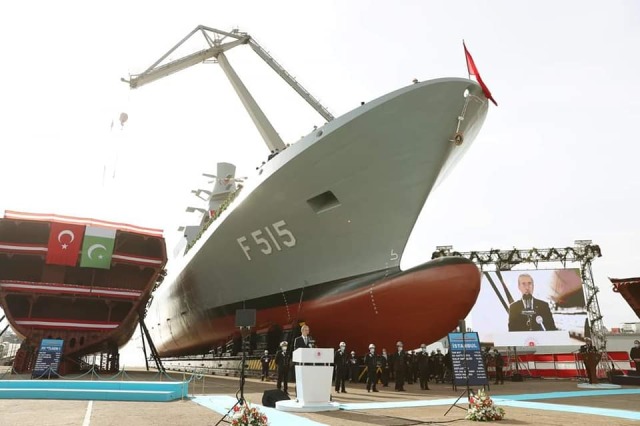 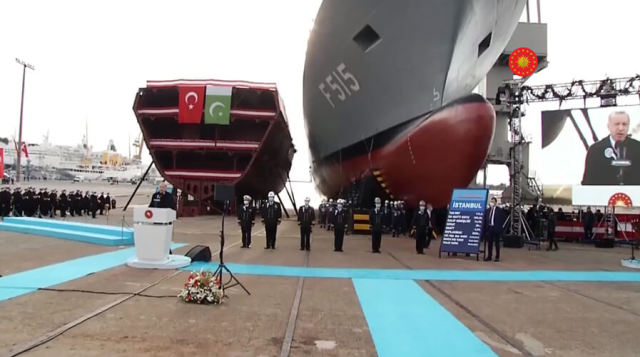 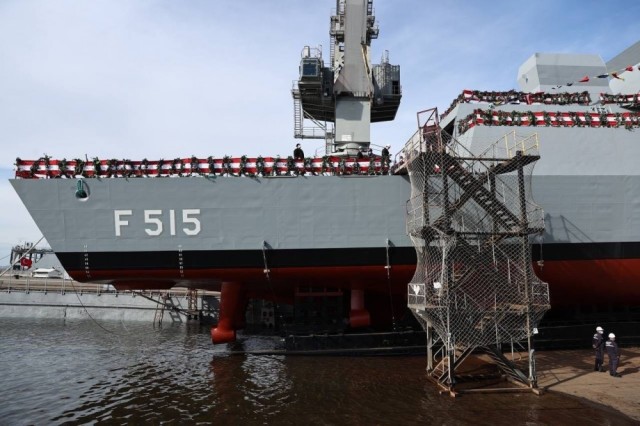 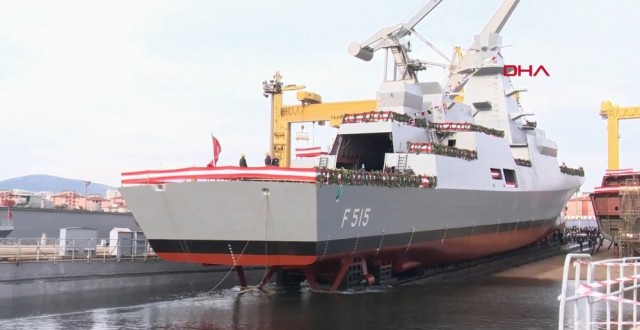 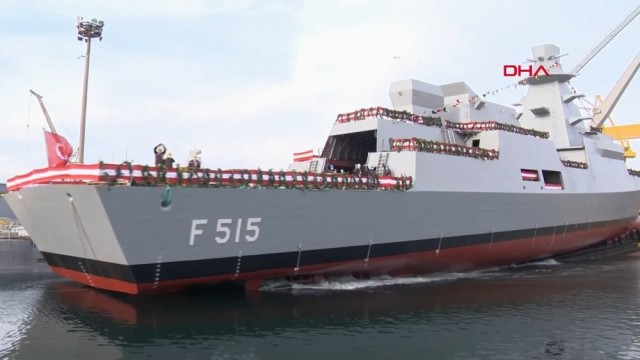 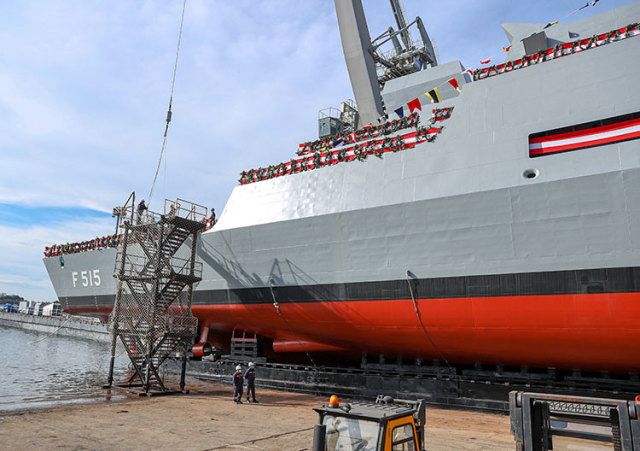 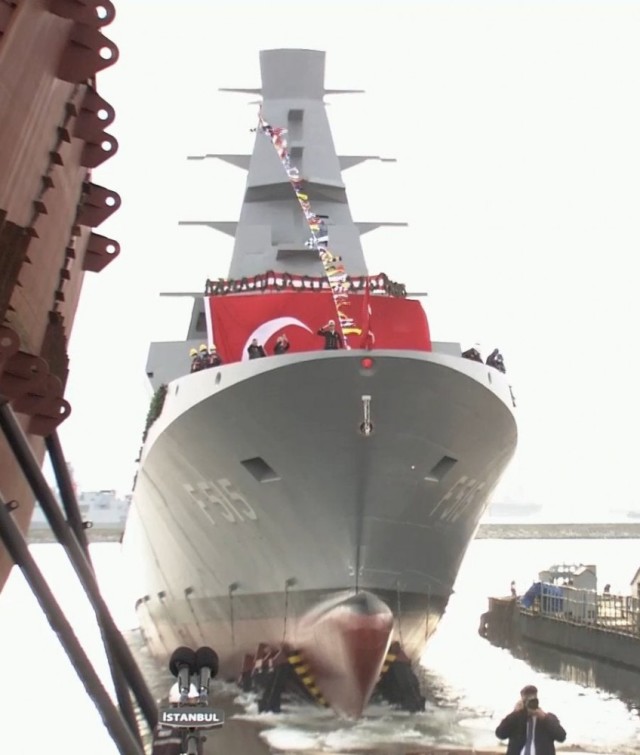 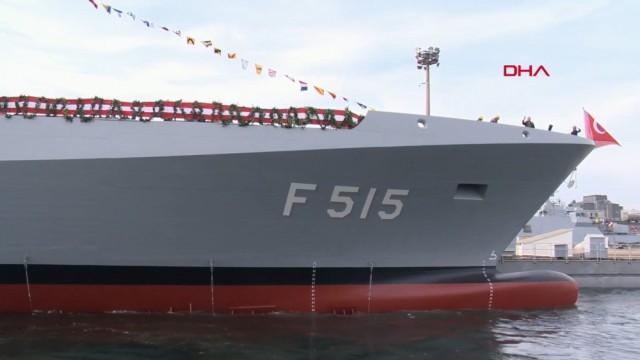 Launch ceremony at the Turkish naval shipyard Istanbul Tersane Komutanlığı (Istanbul Naval Shipyard) in Istanbul, the lead frigate F 515 Istanbul of the national project TF-100 of the MILGEM program, under construction for the Turkish Navy, 23.01.2021 (c) Anadolu and DHA 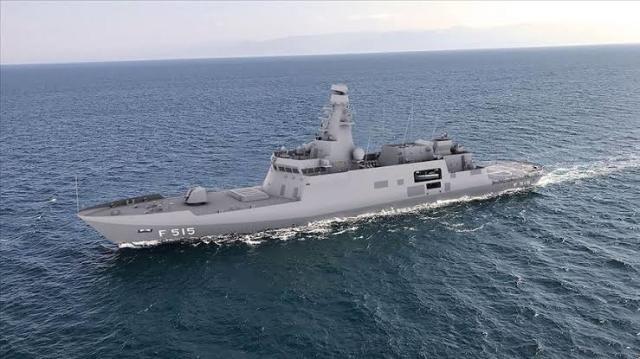 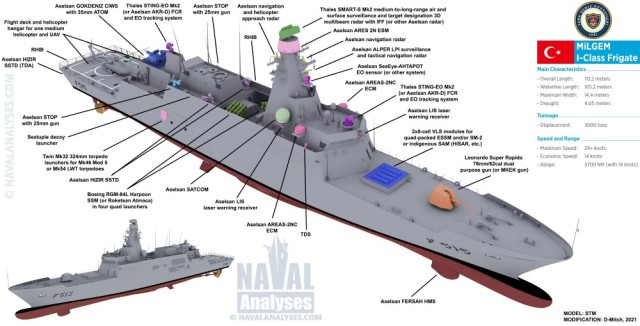 The appearance of the F 515 Istanbul frigate under construction for the Turkish Navy of the national project TF-100 of the MILGEM (c) STM program and Navalanalyses.com