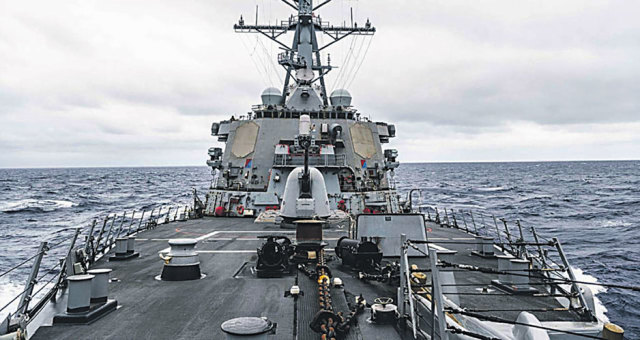 The constant juggling of the United States with the terms "freedom of navigation" and" freedom of navigation " resulted in the demarche of the three military structures of the Pentagon: the Marine Corps, the Navy and the Coast Guard. The heads of these departments decided to join forces to ensure "freedom of navigation" in the Arctic region, in order to have "access to the bays" and fairways, which are the zone of exclusive economic interests of Russia. And this can be interpreted as the activation of US claims to foreign territorial waters.

In the context of the breakthrough of the Arly Berks-class destroyer with the indicative name "John McCain" two kilometers deep into the historic Peter the Great Bay only confirms this thesis, although the incident was short-lived due to the rapid response of the Admiral Vinogradov BOD of the Pacific Fleet.

But all this was preceded by the publication of a new American naval strategy called "Advantage at Sea: the Preponderance of integrated naval power." After it, the agreement was born, which was sealed and signed by the heads of the three military structures. It is interesting that they undertook this kind of interaction only during the years of wars and local armed conflicts.

We should especially note that the US Coast Guard, which is designed to protect the waters of ports, combat smuggling, drug trafficking and illegal migration, is a very specific and far from harmless branch of the armed forces.

It has its own intelligence units, which are part of the US Intelligence Community from 17 separate government agencies. In fact, the BOHR is put on high alert for a "more decisive response to Chinese and Russian aggression," as stated in the document signed by the parties.

No declaration of emergency

That is, without declaring to United States emergency marine areas and areas of BOHR although not converted to defensive sea areas and regions, respectively, but the forces of the Navy and air force BOHR will be attracted to patrol in a strip of waters off the coast not only continental USA width up to 200 miles, but also in the territorial waters of other States. Ostensibly to ensure "freedom of navigation".

In fact, BOHR boats, which can be transferred to the intended area of combat operations even by military transport aircraft, such as the Lockheed C-130 aircraft, are able to quickly find themselves, for example, in Arctic waters or in the Persian Gulf, depending on the tension of the situation.

“ The ship's and ship's composition includes more than 250 ships, boats and auxiliary vessels. The US Coast Guard aviation units are armed with 200 aircraft ”

These small-displacement boats are poorly armed, but there are a lot of them, and they are not only designed to conduct reconnaissance and monitor the operational situation, but also quite effective for fighting submarines, protecting coastal sea communications and covering the coast, which the Americans can declare "world heritage".

The BOHR fleet is already involved in the protection of oil rigs in the Persian Gulf, where it controls the loading of tankers and the shipment of oil in the interests of the United States. At the same time, strengthening the protection of important infrastructure facilities, and in fact the annexed ports and other marine structures, is allegedly dictated by the need to counter terrorists.

The ship's and ship's complement consists of more than 250 ships, boats and auxiliary vessels. The US Coast Guard aviation units are armed with 200 aircraft. These are mainly patrol aircraft and search and rescue, reconnaissance and patrol helicopters.

It turns out that the new "triune strategy" of the US Navy, the Marine Corps and the Coast Guard to jointly fight in the interests of America on the high seas and adjacent to the coastline involves the capture and establishment of control over bays and straits. Otherwise, why do we need short-range boats? Of course, this may be due to the alleged escalation of the situation with Taiwan, which China considers its province and where the United States continues to supply weapons. Moreover, the document refers not only to Russia, but also to the People's Republic of China.

The new integrated strategy "Advantage at Sea" was presented on December 17, 2020. Apparently, it is also directly connected with the concept of the US Air Force, published in the same year and concerning the build-up of the air group in Alaska, where about 150 F-22 and F-35 fighters have already been deployed.

Under the gun of the triumvirate

The two concepts do not contradict, but complement each other. After all, the dominance in the air after the transfer of the Pacific Fleet of MiG-31 BM interceptor fighters to Chukotka leveled Washington's efforts aimed at sole control in the skies over the Arctic.

The focus of the "naval triumvirate" is on the struggle for control of the sea and its conquest, and in light of growing concerns about a potential naval struggle with China or Russia. Although the United States is apparently not going to fight with two countries at the same time. 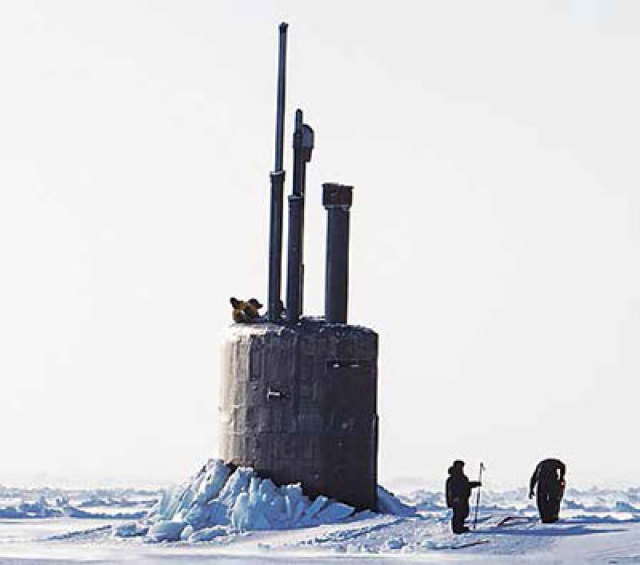 The use of BOHR boats for such a global war, even as a mosquito fleet, is a very dubious prospect. For the confrontation with at least a dozen boats of the "Island" type with a displacement of 169 tons, one MRK of the "Buyan-M" type, equipped with sea-based "Calibers" with a radius of 1400 kilometers, is enough. Maybe that's why the US decided to sell them off on the cheap. In 2015, three Island boats were delivered to Pakistan, in 2016, two ships were sent to Georgia, and in 2019, two boats were transferred to Ukraine. The Americans themselves no longer need them, they decided to replace them with new boats of the "Sentinel" type.

One thing is reassuring – even now, American military leaders are aware that they will not be allowed to dictate their rules at sea. However, this is reflected in a joint document signed by the chief of naval operations, Admiral Michael Gilday, General David Berger of the Marine Corps and Admiral Karl Schultz, who heads the US Coast Guard. "Significant technological advances and aggressive military modernization of our rivals undermine our military advantages," it says. "The proliferation of long-range precision missiles means that the United States can no longer claim unfettered access to the world's oceans during a conflict."

At the same time, the triumvirate for some reason does not doubt the aggressiveness of Russia, which is clear from the document, and " intends to equip a new naval service in the future so as to be able to contain and defeat a high-class enemy."

This paragraph is perhaps the most interesting. It follows that the enemy is marked, and equipping the fleet to fight it requires significant financial expenses. Lobbyists of the military-industrial complex, including the generals, thereby emphasize the importance of rearmament and try to convey this to the new administration. China is unfounded accused of interfering with the aircraft of the US Air Force and partners in the Pacific region with lasers and electronic jamming devices, and Russia is accused of unacceptable ambitions in the Arctic. The technique is primitive, but proven and trouble-free. The main thing is to intimidate the American taxpayer with a mythical Russian-Chinese threat.

Cases of blinding by lasers of American pilots are not given, but the incident in the Russian Gulf of Peter the Great with a possible ramming of the intruder really happened. If the US Navy, in cooperation with the US Marine Corps and Coast Guard, is really preparing to take a more active and aggressive position than the incident that ended without catastrophic consequences, then all this can lead to an absolute escalation this year.

It is hoped that the signing of the document on the new US strategy at sea is just an excuse to put pressure on Congress for additional funding. But at the same time, our mirror response is necessary in any case, since the role of the BOHR-the protection of the near borders and their transfer by military transport aircraft, for example, to Alaska, may indicate the intention of illegal transit along Russian national routes. In any case, we can't help but react to the attack.

The idea that ships of the US Navy and the US Coast Guard conduct freedom of navigation operations around the world, challenging excessive and illegal maritime claims, is directed against the sovereignty of Russia, China, and Canada, a NATO member with which the US has its own disputes over freedom of navigation.

It is worth remembering that BOHR has repeatedly shown itself in the field of fisheries, especially in the Caribbean region. This structure, which is an army with a strength of about 40 thousand, can also apply its experience in the Barents Sea region – for example, to protect the interests of Norway.

In short, the new strategy is a new evidence of the US claims to world domination. The document clearly shows the desire of the United States to expand the tasks solved by the marine landing and ship strike groups. In the list of these tasks for the dominance of the World's oceans, one can guess both the need to consolidate on the captured territory, and the establishment of control over the near borders of the water areas. And this is just a task for the coast Guard structures. And as a highlight on the cake-the desire to attract the US BOHR to the icebreaking wiring.


Vladimir Yeranosyan, captain of the 1st rank of the reserve