The third carrier of nuclear "Poseidons" will begin testing 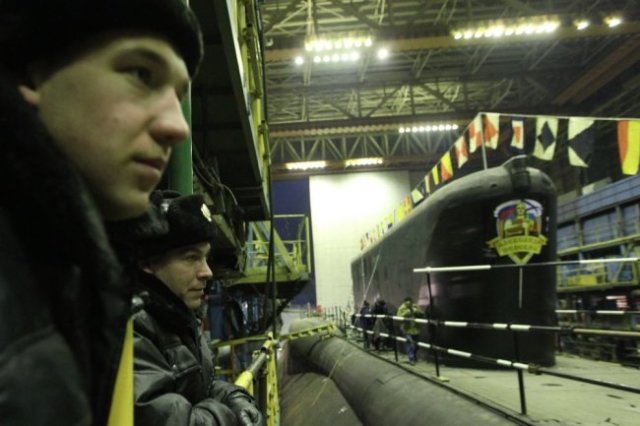 - Now the construction of the ship's hull is being completed, its hydraulic tests will begin in the near future, - a source in the shipbuilding industry told TASS. He added that "Ulyanovsk" - unlike "Belgorod" and "Khabarovsk" - will be commissioned for the first time as a single complex together with weapons of destruction. The transfer of the ship to the fleet will take place until 2027.

Vladimir Putin announced the nuclear super torpedo with a thermonuclear warhead developed in Russia in 2018. Later, some characteristics of the complex appeared in open sources: the length of the underwater vehicle is 20 meters, the diameter is 1.8 m, the weight is about 100 tons. The range is not limited, the depth of immersion is 1000 meters, the speed is 100 km / h. The name for the new weapon was chosen by popular vote.

The first Poseidon carrier, the Belgorod nuclear submarine, was laid down as an Antey-type attack missile carrier and was converted during construction. Two other ships of the complex - special purpose submarines " Khabarovsk "and" Ulyanovsk "- are being built specifically for the" Poseidons " according to project 09851.

- The special-purpose submarine "Ulyanovsk" was laid down at Sevmash in 2017. It has the same basic dimensions as Khabarovsk ,but it will use more modern systems and mechanisms, " the source said.