Close the wave: how electronic warfare will change the strength of the fleet 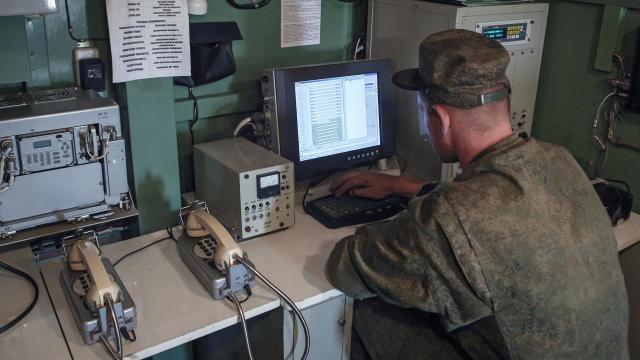 The defense Ministry plans to re-equip the Navy's electronic warfare centers by the end of next year, sources told Izvestia in the military Department. Every year such means become more and more important in wars and various conflicts. But the Navy makes its own demands on them-ships and submarines operate at a distance of thousands of kilometers from the coast. Dmitry Boltenkov, a military historian, explained how EW centers can help them in peacetime and wartime, and what unique systems Russian sailors have.

The past second Karabakh war clearly showed new methods of warfare: the mass use of unmanned aerial vehicles and the widespread use of electronic warfare. Long gone are the days when the Navy was associated only with ships and submarines.

The real Russian Navy is primarily operational and strategic interspecies formations responsible for the defense of large territories of Russia. They are capable of conducting combat operations at sea, under water, in the air, on land and in the electronic sphere. So, the Kaliningrad region is defended by the Baltic fleet. Crimea is the area of responsibility of the black sea fleet. Kamchatka is the responsibility of the command of troops and forces in the North-East of Russia. The Kola Peninsula and most of the Arctic is the Northern Fleet.

In the composition of the military districts there are teams of electronic warfare. These are essentially front-line formations for conducting combat operations in the electronic sphere. In the Navy, the equivalent of such brigades is called the electronic warfare center. There are five of them in the Navy — one in the fleets of the European part of Russia and two in the Pacific ocean. 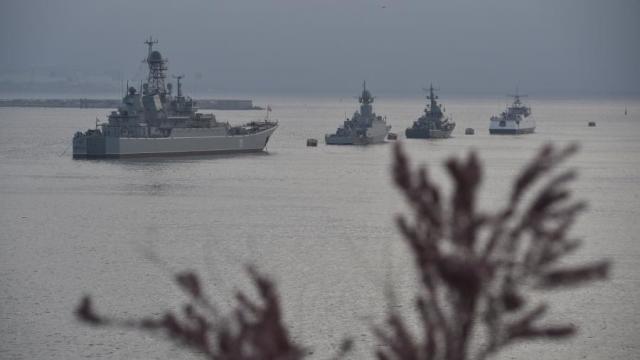 Ships of the black sea fleet in Crimea

In General, the conduct of combat and normal life of naval units without radio electronics is impossible to imagine today. Control signals are transmitted via short-wave radio communication. Targeting weapons control systems, navigation, and transmitting information between ships and headquarters — all this is the electronic sphere. The time of sending ships of sailing squadrons and transmitting information by flags is long gone.

The Maritime electronic warfare centers themselves are currently at the forefront. In recent years, NATO aircraft have been constantly flying near the Kaliningrad exclave and the Crimean Peninsula. This year, it came to the imitation of US strategic bombers missile attacks on military units and ships of the Baltic and black sea fleets. Ship groups of the NATO Navy regularly work out their tasks in these seas. In the spring of this year, the US and British navies entered the Barents sea for the first time in 30 years.

All this forces the Russian command to strengthen both the Navy as a whole and its radio-electronic component.

In recent years, EW centers have received short-wave radio suppression systems "Murmansk-bn". They are designed to detect short-wave radio communication lines in strategic, operational control units of the enemy, as well as for technical analysis of identified targets and their electronic suppression.

The power of the complex can reach 400 kW. In combat use, the Murmansk-bn is capable of operating at ranges of up to 5 thousand km. Thus, using the complex from the Kaliningrad region, you can, in fact, turn off all NATO HF radio communications in the Atlantic ocean. And operating from the Kamchatka region, you can extinguish radio signals within a radius from Chukotka to the Japanese Islands. Another complex for combating HF radio communications is "Samarkand". Any of its characteristics have never been published in the open press. Satellite communications can be suppressed using other systems, such as Tirada-2.

You can't hide from them

The most important element of defense was the conduct of electronic intelligence. It is carried out by reconnaissance aircraft, radar detection aircraft (in particular, E-3 AWACS, E-2 Hawkeye and E-8 JSTAR) and serves to clarify the location of military facilities and ships. Further, the data obtained can be transmitted to cruise missile carriers-ships and bombers. To combat them, radio interference stations are used for air and space airborne radars of the enemy "Krasukha-4"and" Krasukha-2".

Radio electronics is developing rapidly, and a new complex "Divnomorye" has been created to replace the Krasukha complexes. It is used for jamming foreign aircraft-radars and satellite radar reconnaissance systems, helicopters, drones and cruise missiles.

The complex is located on just one car. The work of the "Divnogorie" is fully automated. After detecting a target, the system independently analyzes the signal and determines its type, direction, and radiation power. These data are used to identify the tactical and technical characteristics of the object. After that, the automation makes a suppression plan and independently selects the most effective type of interference. Then the system affects the enemy's radar with powerful noise radiation.

According to some reports, such a complex entered service with the 811st electronic warfare center and, according to rumors, the complex has already been tested on the forces of the British Navy in the North sea. Also, the saturation of the coastal forces of the Navy with systems designed to combat unmanned aerial vehicles continues.

At the same time, the coastal electronic warfare systems of the Russian fleet not only provide electronic protection of the fleet's forces and assets, but also conduct active electronic reconnaissance of the forces of foreign countries, collecting and analyzing data.

It is particularly worth noting that the use of a variety of complexes is controlled by automated control systems that allow you to comprehensively close all frequencies, control channels, communications and navigation for use by the forces of a likely enemy. 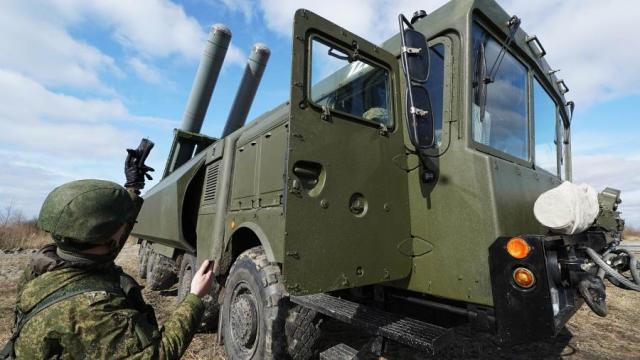 EW centers are the most important element of the so-called restricted access zones. Such zones have been created in the Kaliningrad region, Crimea, and the Kola and Kamchatka peninsulas. They include a variety of strike subsystems, such as the Bastion and Bal coastal missile systems, air and ship forces, and air defense forces such as the S-400 and Pantsir-S1 systems. The invisible shield and sword of such "zones" are the centers of electronic warfare of the Navy.

Of course, US and NATO military personnel operating near the borders of the Russian Federation feel the impact in the radio-electronic spectrum. So, some time ago, Admiral John Richardson, who heads the US naval operations (the domestic equivalent is the commander-in-chief of the Navy), said in an interview with Voice of America radio station: "in recent years, American military sailors have been faced with increasingly increasing Russian capabilities in the field of electronic warfare. We need to increase the means to counter such threats from Russia. This is a new challenge for the us Navy. It is these destructive technologies that will be decisive in future battles, but we are still far behind. We must urgently increase investment in this area."

In General, the means of electronic warfare of the Russian Armed forces are at a more advanced level than in other countries. In addition, active development and creation of new systems and complexes is underway.