The personnel of the airborne forces made 170 thousand parachute jumps 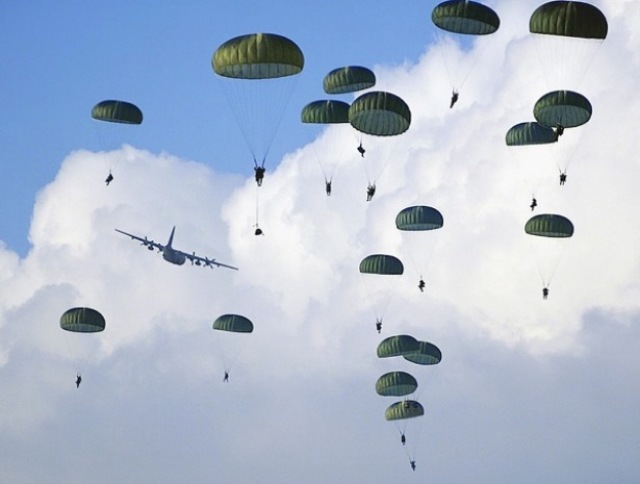 250 units of modern armored weapons and equipment were received by the Airborne troops during the school year.

According to the information support group of the Airborne troops, a meeting of the military Council was held in Moscow under the leadership of the commander of the airborne forces, Colonel General Andrey Serdyukov.the main topic of discussion was summing up the results of the academic year in the troops in 2020.

During the year, the airborne forces performed tasks related to improving the combat capabilities of troops and re-equipping formations and military units.

The commander of the airborne forces in his speech noted that " for the Airborne troops, the year was dynamic and tense." "The plan for training the troops was fully implemented. In total, about 2.5 thousand operational and combat training events were held, including 16 events under the plan of international military-technical cooperation, " he said.

For the first time, a parachute company was ejected on a BMD-4M using modern landing equipment. As part of the experiment, a separate medical detachment (airmobile) was landed. Military personnel of the Airborne troops also took part in the joint Belarusian-Russian exercise "Slavic brotherhood" and other command-staff and tactical exercises with formations stationed in Ivanovo, Pskov, Tula, Novorossiysk.

Within the framework of the state defense order, planned deliveries of the latest weapons, military and special equipment were carried out to military units and formations during the year. Over the past period, the troops received more than 250 units of modern armored weapons and equipment, including BMD-4M amphibious assault vehicles, BTR-MDM "Rakushka" armored personnel carriers. More than 100 units of various vehicles, including special armored vehicles.

Modern d-10 and Arbalet-2 parachute systems continued to be delivered to the troops. In 2020, the personnel of formations and military units made about 170 thousand parachute jumps.