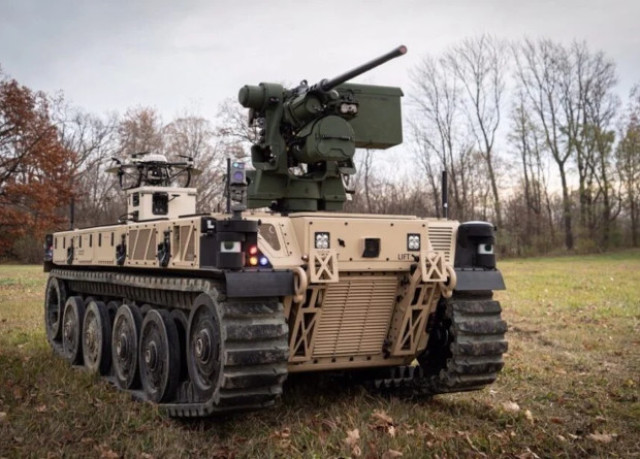 The us company QinetiQ has delivered the first batch of four RCV-l light ground hybrid robots to the US Army. According to Breaking Defense, these vehicles will be used to test the system of interaction of robotic complexes with people during combat operations. Such tests are planned for 2022. Larger Textron RCV-m robots will also be used in the checks.

Over the past few years, the US Army has been working on the concept of MUM-T (Manned-Unmanned Teaming, human-machine interaction). It assumes that robots and humans will be able to work together when performing combat tasks. In particular, during the tests planned for 2022, RCV-L robots will form the first line of attack, which will already be followed by people.

The RCV-L robot is developed on the basis of the EMAV robotic platform of the American company Pratt Miller. It is equipped with weapons and control systems with an open QinetiQ architecture. The three-ton vehicle can travel at a speed of 72 kilometers per hour and carry loads weighing up to 3.3 tons. The robot is relatively compact — it can be transported in the cargo compartments of V-22 osprey convertiplanes or CH-47 Chinook multi-purpose helicopters.

The RCV-L is equipped with a crows-J remote-controlled turret, which is equipped with a machine gun and a Javelin anti-tank missile launcher. The device also received a HoverFly multicopter, controlled by a cable. With this drone, the operator can get a better view. The RCV-L is capable of operating in fully automatic mode, except for the use of weapons.

Earlier it became known that the US Army plans to organize the supply of light, medium and heavy combat robots to the troops by 2028. Textron/Howe & Howe and QinetiQ North America/Pratt & Miller, as well as HDT Global and Oshkosh, will supply the devices.