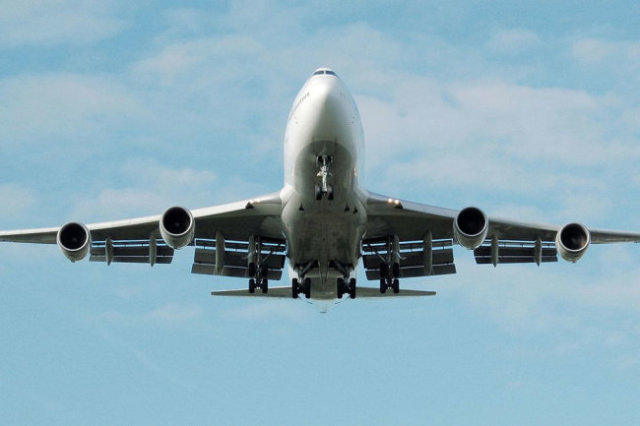 Boeing's "Commercial aircraft" and "defense, space and security (BDS)" segments are the most vulnerable, and they can be seriously affected by the sagging capitalization of the aviation giant. Moreover, the problems of Boeing can turn into real technological threats for the United States in disrupting the production cycles of military products. This was stated by Alexander Razuvaev, a well-known Russian economist and head of the Alpari IAC, in a comment to the FAN.

The day before, the European Union imposed new customs duties on goods from the United States in connection with Washington's illegal subsidy of the Boeing concern. The total amount of duties is $ 4 billion per year. According to experts, this decision will seriously affect the company's shares. Even the option of bankruptcy of Boeing is allowed.

The American company Boeing demonstrated stable revenue and profit indicators until 2019. After the second crash of the MACH 737 on March 10, 2019, Boeing 's profit fell sharply . The reason was the fact that this type of aircraft was banned from operation. Orders were canceled. Then the coronavirus pandemic caused serious damage, and the company's capital went into negative territory.

Since the second quarter of last year, Boeing has had a problem with inflows from its core business. The company is steadily increasing its debts, and faster than the increase in assets.

In addition, the company's efficiency is falling. All the company's activities have negative dynamics, except for the dividend yield. Despite poor earnings and high costs, the company tries to pay dividends to its shareholders as good as previous values in order to somehow maintain its capitalization. But the dividends themselves are paid out of accumulated debts, which are becoming more and more.

Boeing did not receive any aircraft orders in September 2020. In nine months, 98 aircraft were delivered, compared to 301 for the same period in 2019.


The Fate Of Boeing

As Alexander Razuvaev noted, in 1990, 40% of the world's production of civil aircraft was accounted for by the USSR. They were less fuel-efficient than Boeing or Airbus. But 40% is a very serious figure.

"However, our young reformers in the 90-ies decided that Russia does not need civil aviation, for some reason they cited the example of Japan. As a result, we have almost lost the industry, and its recovery is slow and very painful. Due to the COVID-19 pandemic, the world's aircraft industry will take a very long time to recover from the crisis. Due to the sharp contraction of the global tourism industry, the air transportation market has significantly declined. Recently, the Russian Government was forced to support Aeroflot by purchasing an additional issue of shares. In October, the NWF funds in the amount of 50 billion rubles were placed in ordinary shares of PJSC Aeroflot, " said Alexander Razuvaev.

The economist noted that there will be fewer orders for new aircraft in the world in the coming years than before. Plus, the reputation of Boeing products is badly damaged. It is highly likely that Russian airlines, primarily Aeroflot, may refuse to order new cars from the American company. After the additional issue of shares, the influence of the Russian government on the airline's decision has grown significantly. With the global economy emerging from recession, Russia has a chance to push Boeing's position in developing countries. This will hit Boeing's revenue and capitalization even harder.

"But there is also another very serious risk that few investors think about. Joe Biden - new sanctions against Russia are almost unequivocal. If they are affected, OFZ, Russia could stop the export of titanium or dramatically increase the price. In this case, Boeing will have serious problems. The confrontation between Russia and the United States is hitting the economies of both countries. And Russia's response will be very painful for the Americans. This market is highly monopolized. Alternative titanium producers may also raise prices for Americans. Unfortunately, unlike Donald trump, for Democrats, ideology is older than Economics. And this scenario is not excluded at all," Alexander Razuvaev added.

The economist noted that this year the company's shares sank from $ 346 to $ 95. Today, they are trading at around $ 190. The company's "Commercial aircraft" and "defense, space and security (BDS)" segments are currently the most vulnerable in this aerospace Corporation. If the risks are realized and the EU and Russia respond, the company's capitalization may sink by another 20-25% at the moment. The US military-industrial complex may face real technological threats in disrupting the production cycles of military products. The reputation of the United States as the largest exporter of military products in this case will be called into question. But the expert recalled that to a greater extent, unlike Russian clients, NATO countries buy American weapons voluntarily-forcibly.