On November 5, 2020, the US Navy signed a $ 9.474 billion contract with the General Dynamics Electric Boat shipyard (GDEB, part of the General Dynamics Corporation) in Groton, Connecticut [...], for the construction and testing of the first two us nuclear - powered missile submarines of the new generation-SSBN 826 Columbia and SSBN 827 Wisconsin. 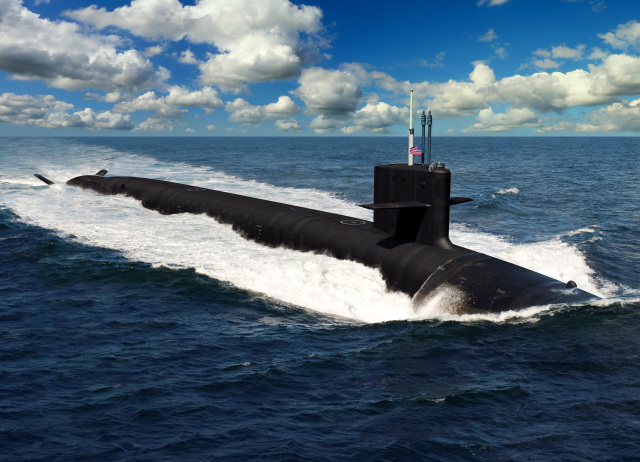 In total, the US Navy expects to put into operation from 2031 to 2042 fiscal years 12 nuclear-powered missile submarines of the new generation of the Columbia type to replace the current nuclear-powered missile submarines of the Ohio type, which form the basis of the us strategic nuclear forces. The withdrawal of Ohio-class boats from the us fleet is planned from 2029 to 2039. Each Columbia-class boat will carry 16 Trident II ballistic missiles.

Earlier, GDEB in December 2012 received a five-year contract from the US Navy worth $ 1.85 billion for the preliminary design of a promising nuclear missile submarine under the SSBN(X)/ORP program. In September 2017, GDEB received a $ 5.1 billion contract from the US Navy to develop a full-scale technical design and working design documentation (in American terminology, Integrated Product and Process Development, IPPD) for the Columbia-class submarine.

Construction of Columbia-class boats is to be carried out by GDEB in the new [...] South Yard Assembly Building (SYAB) boathouse currently under construction in Groton, which should be completed by June 2023. In 2024, the complex should begin docking the hull blocks of the lead submarine SSBN 826 Columbia, and at the end of 2027, the lead boat should be removed from the boathouse.

The construction of the Columbia-class boats will be carried out as part of the so-called Submarine Unified Build Strategy developed by the US Navy with the GDEB head office in Groton in partnership with Huntington Ingalls Industries (HII). The latter at its Newport news shipyard will perform 25 % of the work at a cost, including the manufacture of parts of the hull sections, including the bow and stern parts.