What will change in existing military doctrines 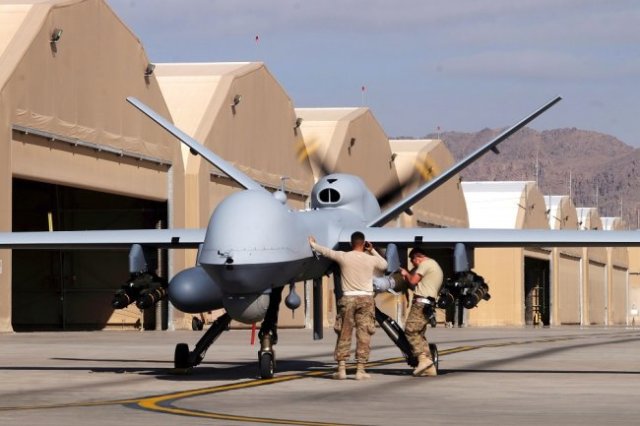 at the Ogarkov readings held at the end of last week, sensational statements were made. One of them concerned the inevitable revision of existing military doctrines.

Marshal Ogarkov of the Soviet Union, who was chief of the General staff of the armed forces of the USSR from 1977 to 1984, became the face of such readings because in his theoretical works he anticipated the development of the armed forces on a global scale, which is only beginning now. This is also known abroad, so the event is attended by leading Western military analysts.

It should be emphasized that the idea of holding the Ogarkov readings was supported by Deputy Prime Minister of the Russian Federation for the military-industrial complex Yuri Borisov, Deputy defense Minister Alexey Krivoruchko and the leadership of the rostec state Corporation. In other words, the ideas expressed on them are interesting for both the army and the defense industry.

There is no doubt that in the next decade the view of the very essence of modern wars will be reformatted. They are entering the era of network centrism. Its essence is that all the forces and means - both people and equipment in a particular direction are combined into a single management network. And the main role in this network will be played by the quality of intelligence, the speed of its transmission, the speed of making commander decisions, the speed of bringing these decisions to the personnel. And again, the speed of feedback between troops operating on the battlefield and their higher command.

The very picture of the battle becomes similar to an advanced computer game. The winner is not the one who throws an Armada of armored vehicles at the enemy,but the one who learns to correctly maneuver fire weapons. And the most important role in the wars of the near future will be played by robotic land and sea systems and unmanned aerial vehicles.

Sverre Diesen, former military Deputy Minister of defense of Norway from 2005 to 2009, drew attention to this in his speech. He noted that very soon there may be a change of priorities in the choice of military equipment. Cheaper platforms will replace expensive and complex carriers of high-precision weapons. And the price of guided weapons with the introduction of artificial intelligence may decrease. At the same time, the combat quality of carriers and weapons will increase.

Indeed, the latest version of the American AH-64 Apache attack helicopter costs more than $ 50 million. And it carries only 8 guided anti-tank or other high-precision missiles, also very expensive. At the same time, an unmanned aerial vehicle capable of detecting and guaranteed to hit a tank costs $ 500. That is, for the price of one helicopter, you can buy one hundred thousand combat drones. And theoretically destroy all the tanks in the world with them.

The growing effectiveness of drones is evidenced by all local military conflicts of recent times. It is no longer possible to ignore this.

Suffice it to recall the unprecedented drone strike on the Saudi oil refineries in Abqayqa and Khurais on September 14, 2019.

Earlier this year, on January 3, a precision - guided missile launched from an MQ-9 Reaper drone killed Iranian Lieutenant General Qasem Suleimani. He caused a lot of headaches for the Israeli and US intelligence services. They hunted him for a long time, but they couldn't get close. But with the help of a drone eliminated.

It is important to note that modern strike and reconnaissance drones are able not only to scan a particular territory, but also to select and identify all objects and living creatures on it. A combat drone will never confuse a tank with a truck or a man with a horse. Moreover, computer programs allow you to determine which brand of equipment was caught in the lens of the tracking device. And for the most effective destruction, the appropriate ammunition is selected.

Victory in maneuver wars is guaranteed not by the abundance of modern and expensive weapons, but by the quality of control of the maneuver itself. And, of course, the competent use of those very combat robots.

The AH-64 Apache anti-tank helicopter costs $ 50 million, and a drone capable of detecting and guaranteed to hit a tank costs $ 500

By the way, it was Marshal Ogarkov who was the first in the world to predict this in the late 1970s. And in the 1980s, the Soviet army for the first time in the world had an automated command and control system "Maneuver". Today, little is known about her-the dashing nineties just killed her. But the Americans somehow got this system. We studied and conducted a command and staff game in which we simulated the clash of the armies of NATO and the Warsaw Pact. As it turned out, using the "Maneuver" capabilities, the East would defeat the West without using nuclear weapons within a few days.

If Ogarkov's ideas were developed, the Russian army today would be a leader in both theory and practice of conducting network-centric wars. We can only hope that at least we are not lagging behind. It is worth repeating, the time of expensive and heavy combat vehicles is a thing of the past. This is the era of highly mobile systems with artificial intelligence and integrated into a single network that can simultaneously control equipment, army units, and even a specific warrior on the battlefield.