100% domestic Ansat helicopter will return to the market in 2024 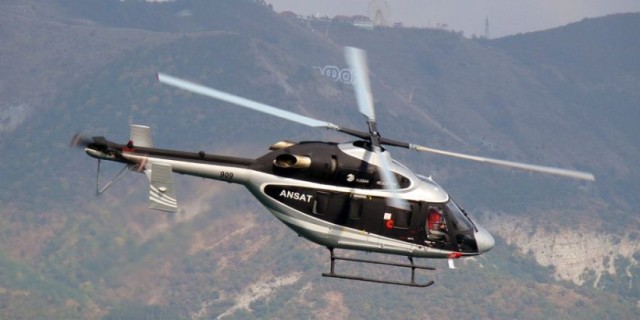 The Design Bureau of the Kazan Helicopter Plant is working to present the Ansat helicopter in a fully domestic configuration as soon as possible, the machine is being reassembled without components from Ukraine, the USA and Europe. This is reported by RBC with reference to Alexey Garipov, Deputy Managing Director, Chief Designer of the KVZ Design Bureau.

"In fact, we are reassembling the car. But we were seriously preparing, we had certain groundwork, and there is every chance to meet the deadlines and return the car to the market in 2024," he said during a meeting of the coordinating council of machine–building enterprises of the Republic of Tatarstan dedicated to import substitution in the aircraft industry.

According to him, a serious challenge for the KVZ Design Bureau is the components in the control and autopilot systems. The factory concept works here: the helicopter is for the current components. "But this does not cancel the work on finding partners and creating analogues of those products that we previously bought abroad," explained Alexey Garipov.

Out of 14 positions of key components, the import substitution process has either been completed or is at the final stage. For example, German foam and blades will be replaced by VIAM, Ukrainian hydraulic pumps by JSC OKB AKS, and products from the USA and France were also used to assemble Ansats.

The coordinating council also did not bypass the topic of the power plant – Ansat is equipped with Pratt & Whitney RW-207K engines, for their replacement, ODK-Klimov is developing a VK-650V turboshaft engine. Its mass production should begin in 2024.

During the meeting of the coordinating council, the chief designer of the factory design bureau expressed hope that everything would be on schedule. "We expect an invitation from them to start certification tests of the standard configuration engine," he said.

"In the process of import substitution, we adopted the concept that we try to make the most of the products already existing on the market of Russian production, even if their characteristics are worse in a number of parameters. If the modification of the board itself is required, then we are refining the board," Alexey Garipov added.

Earlier, Vladimir Artyakov, First Deputy Director General of Rostec State Corporation, reported that this year it is necessary to provide the Ansat helicopter with full-scale VK–650V models for system layout, next year it is planned to supply engines for flight tests, and in 2024 it is planned to obtain a type certificate for the VK-650V engine.