Inexperienced sample: what is behind the failed test of the CPS rocket 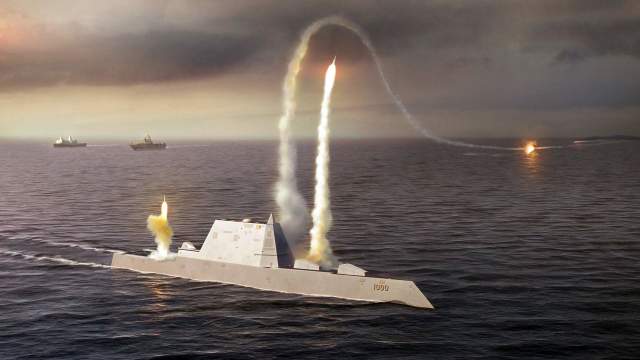 The next tests of American hypersonic weapons ended in complete failure. On Friday, June 29, it became known that during testing, a promising ultra-high-speed CPS rocket had problems with the launch of the second stage. As a result, the tests ended in an accident. This is not the first serious setback in the hypersonic weapons program of the United States. But now a new failure can noticeably slow down the progress of work and generally raises questions about the pace of the American hypersound program. Dmitry Kornev, editor-in-chief of the MilitaryRussia Internet project, was investigating whether the Pentagon will be able to adopt such systems in the near future.

The CPS missile project is the naval part of the Long—Range Hypersonic Weapon (LRHW) medium-range hypersonic complex development program, which is being conducted in the interests of the US Army. According to the CPS program, an aeroballistic hypersonic missile with a powerful two-stage upper stage is being created. In 2025, it is planned to equip the latest stealth destroyers "Zumwalt" with it, and from 2028 to put on the universal attack submarines "Virginia" of the Block-V modification. There seems to be a time reserve for the creation of this missile system, but in general, it takes more than one year to test such a complex and modern weapons system. And time here does not work for the success of American hypersound in any way.

Moreover, there is no particular success in the work on the "parent" LRHW program itself, within the framework of which the Dark Eagle land mobile missile system is being created. This year, it is planned to launch it for real launches, but so far, according to this program, they have only put a mock-up of the complex into the armed forces for running in real conditions. But the Americans have not yet been able to boast of a serious number of successful launches. Although, probably, it was for the sake of this complex that the Treaty on the Limitation of Medium- and Short-range Missiles was destroyed at one time. 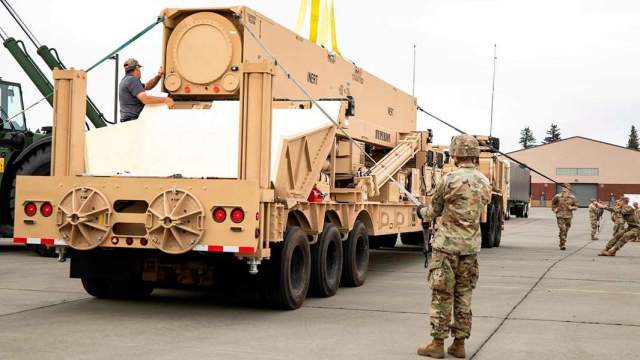 Both complexes have a similar design: the main combat element is a controlled wedge—shaped hypersonic combat unit that moves in the upper and middle layers of the atmosphere by the inertia of acceleration from a powerful solid-fuel stage. Approximately the same as it happens with the Russian Avangard hypersonic complex, but with the difference that the dimensions and range of the American missile will be several times smaller than that of the Russian strategist. The launch takes place vertically from the launcher, then the rocket accelerates the combat unit along a gentle ballistic trajectory until it reaches hypersonic speed and launches it into an independent free flight to the target.

It is believed that the range of the land-based "Dark Needle" will be slightly less than 2800 km, and according to the CPS marine complex, taking into account the more powerful two-stage upper stage, it is possible to assume a range of at least 3000-3500 km. It is stated that the maximum speed of LRHW / CPS will be up to 17 M — only the strategic hypersonic Avangard is faster now. The interception of a small—sized maneuvering hypersonic combat unit of such a missile system at the current level of development of missile defense systems will be extremely difficult - to the same extent as the interception of Russian hypersonic complexes. This, in turn, allows them to be used not only with nuclear warheads, but also with conventional "conventional" warheads — in such equipment they can be used in conflicts with non-nuclear countries and in counter-terrorism operations. Thus, appropriate combat tasks can be solved with a reduction in the risk of a conflict escalating into a nuclear one.

Why are American rocket scientists in their struggle for hypersound plagued by failures? There are several serious reasons.

Firstly, unlike the USSR and Russia, the United States has never faced the urgent need to fight against someone else's aircraft carrier fleet, which is covered by a powerful air defense system. One of the drivers of the appearance of the Zircon missiles in Russia was the vast experience of creating supersonic anti-aircraft missiles in the USSR, the logical development of which was the Zircon. This ultra-high-speed missile is no longer afraid of the conventional air defense of an aircraft carrier compound. The greenhouse conditions of the superiority of the American aircraft carrier fleet played a cruel joke with the work on hypersonic complexes in the United States — this direction of rocket science for many years did not go beyond experiments and did not solve the problems of creating real combat systems.

Secondly, there was some skepticism overseas about whether the work on the creation of hypersonic systems in Russia would be successful. It would seem that the old Soviet developments underlying the "Vanguard" and the cunning "knight move", when the Dagger complex was created by hanging the land Iskander on the plane, cannot bring to light any serious combat systems.

But it turned out not to be so. Both Russian hypersonic complexes turned out to be very effective and especially taking into account the "cost – effectiveness" criterion. With these relatively inexpensive and elegant solutions, Russia received two powerful "indestructible" weapons systems — one strategic and the second multifunctional and, moreover, air-based.

Thirdly, in the United States there was some overestimation of their strengths and capabilities and underestimation of the technical complexity of creating such systems. This is evidenced by the constant movement of plans to the right in time and the abundance of failures in trials. Probably, in the States they hoped too much that with new materials and advanced electronics it would be possible to make systems "one-two-three" that bordered on the complexity of putting the first artificial earth satellite into orbit. 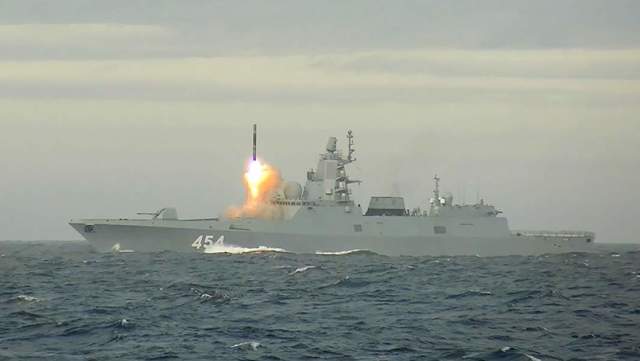 Launch of the Zircon in the Barents Sea

Image Source: Photo: TASS/Press Service of the Ministry of Defense of the Russian Federation

Of course, the Americans will eventually succeed. The adoption of several hypersonic missile systems in Russia, including the marine Zircon, is a very serious incentive, and the financial and technological opportunities overseas are huge. And like the space race of the late 1950s, America will catch up with us and will catch up sooner or later.

This is how we will come to a new "status quo": the confrontation of various shock and defensive systems, their combinations with combinations of heterogeneous forces - aviation, fleet, ground forces. And there will be no cardinal surprises — the army that will be able to ensure the most reasonable interaction and use of all this arsenal of means will win. And we need to prepare for this "tomorrow".