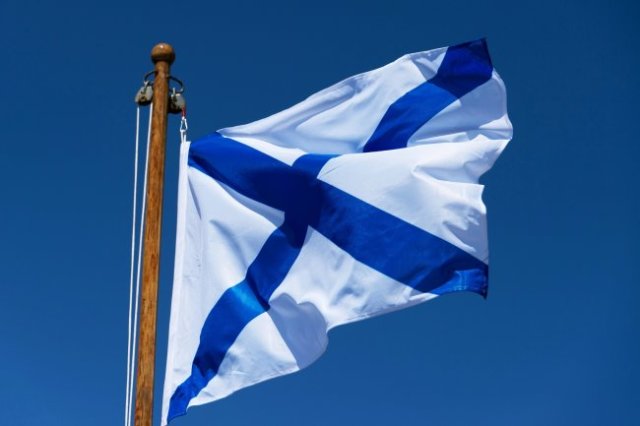 The issue of the ship's home port is being resolved

SEVASTOPOL, May 26. /tass/. The training ship, which will be built by the Ministry of Defense of the Russian Federation, will be named "Mercury" in honor of the legendary brig of the first half of the XIX century, the governor of Sevastopol Mikhail Razvozhaev told reporters on Thursday.

The brig Mercury, laid down in 1819, became a symbol of the courage of Russian sailors. In 1829, during the Russian-Turkish War, a ship under the command of Lieutenant Commander Alexander Kazarsky won a battle with two Turkish warships significantly superior to him, for which he was awarded the St George's flag aft. Russian President Vladimir Putin previously instructed to think over the reconstruction of the brig "Mercury" for "educational and scientific purposes."

"There was a meeting of the Maritime Board in St. Petersburg last week, the implementation of this assignment was discussed. There are a number of technical difficulties, but the project has not been abandoned. It was decided that in 2023-2024, according to the plan, the Ministry of Defense had the construction of a training ship, and this ship will be named Mercury," the governor said.

According to him, the issue of the ship's home port is being resolved. "It will be necessary to make every effort to implement the plans, and Sevastopol was the home port of this recreated ship. We are dealing with this issue. We hope that in memory of the feat of the brig "Mercury" we will be able to watch how [the ship of the same name] enters the Sevastopol Bay - this may become a new tradition," he said.

Razvozhaev added that the design of the second stage of the Matrossky Boulevard is also being completed - a place in Sevastopol where monuments to both Kazarsky and the feat of the brig Mercury are installed.

On Thursday, May 26, Sevastopol celebrated the Day of the feat of the brig "Mercury", which in the modern history of the city was celebrated for the first time a year ago. In addition to the official part and laying flowers at the monuments on Matrossky Boulevard, events for citizens took place all day.

Master classes and an entertainment program were held during the day, and in the evening a film screening is planned in the summer cinema. However, if in the morning it was windy in the city, but sunny and warm, then in the evening it rained heavily.

The central event of the holiday was an immersive premiere performance from the Young Spectator Theater. The 45-minute production was thought out specifically for showing outside the theater stage, on May 26 and 27 it is given free of charge several times a day as part of the federal project "Theater in Estates". Viewers get the opportunity to turn to the biography of the Russian officer, the hero of the Russo-Turkish War of 1828-1829, Alexander Kazarsky, learn about his comrades and details of the legendary naval battle.

The press service of the theater noted that the production director was Arkady Cherkashin, actor and director of the Moscow Regional Theater of Young Spectator Nona Grishaeva. The play was written by the historian, the head of the literary and dramatic part of SevTYUz Igor Azarov.

"The historical theme is always very, very interesting, and at the same time quite responsible. In our immersive open-air performance, we will take a look at those historical events from our time. One of the heroes of the production, a writer-historian, will help us in this, who will introduce the viewer to other characters, participants in those events," the press service of SevTYUz quotes Cherkashin.