The forgotten UAZ "Jaguar" could sail from Ulyanovsk to Astrakhan 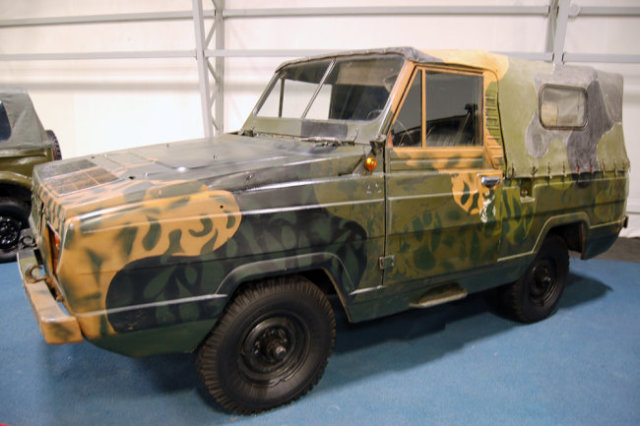 If we talk about cars, then we can recall the two-axle all-wheel drive MAV, aka GAZ-46, created in the early 50s based on the experience of the Great Patriotic War.

As the name implies, it was developed at the Gorky Automobile Plant using the units of the famous "goat" GAZ-69.

GAZ-46 has been produced since 1953. The amphibian weighed only 1270 kg and could carry half a ton of cargo. It housed five servicemen.

The Forty-sixth enjoyed a certain popularity and was supplied to countries friendly to the Soviet Union.

A kind of continuation of the MAV concept was supposed to be a much more advanced UAZ-3907 Jaguar, the development of which began in the second half of the 70s. The first prototypes were prepared for testing in early 1980.

It was assumed that the Jaguar, after successful testing and adoption into service, would be operated in many branches of the armed forces, including special forces and border guards. During the tests themselves, the car sailed along the Volga from Ulyanovsk to Astrakhan and back.

However, in the early 90s, the financing of the armed forces declined sharply, and purchases of military equipment practically stopped. Therefore, amphibious UAZs remained only in the form of prototypes, one of which can be seen in the Patriot military-patriotic park of culture and recreation of the Armed Forces of the Russian Federation near Moscow