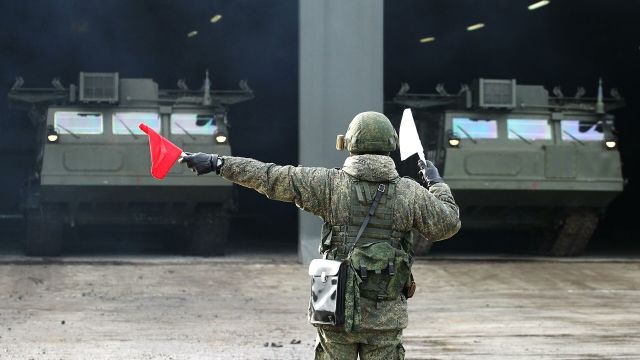 "The military units of the Southern Military District were raised by a training alarm signal, followed by access to the concentration areas. According to the inspection plan, a number of formations and military units have started marching in a combined way to combined-arms ranges located at a considerable distance from permanent deployment points to perform combat training tasks," he said, specifying that more than 6 thousand servicemen are involved in the inspection.

Formations and military units of the Southern Military District will have to work out a wide range of measures to organize comprehensive support and perform tasks for their intended purpose as part of tactical groups during exercises with live firing.

The purpose of the audit is to assess the ability of the commanders of formations and battalion tactical groups to organize interspecific interaction as well as the management of attached units of various branches of the armed forces.

"In a single plan of the operational situation, the tasks of the formations and military units of combined arms associations, the Air Force and air defense armies, ship groups of the Black Sea Fleet and the Caspian Flotilla will be carried out," the press service quoted Dvornikov as saying.