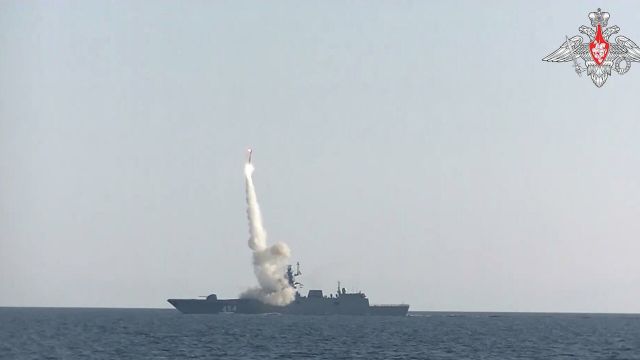 MOSCOW, Dec 31 - RIA Novosti. The Northern Fleet conducted about 12 launches of hypersonic cruise missiles "Zircon", according to the website of the Ministry of Defense.

This year, the Northern Fleet has conducted more than 70 tests of new weapons, including hypersonic "Zircon" and "Dagger".

"The crew of the lead frigate project 22350 "Admiral of the Fleet of the Soviet Union Gorshkov" successfully conducted a complex of tests of the hypersonic cruise missile "Zircon", having completed a total of about ten launches. The crew of the lead nuclear submarine of the project 885 Yasen Severodvinsk worked out two test firings with Zircon," the report says.

The commander of the Northern Fleet, Alexander Moiseev, reported to Defense Minister Sergei Shoigu in October that tests of the Zircon hypersonic missile from a submarine have been completed, all its characteristics have been confirmed.

Last week, at a joint meeting of the State Council and the Council for Science and Education, President Vladimir Putin announced the successful launch of the Zircon missiles.

The Zircon is the world's first hypersonic cruise missile capable of sustained aerodynamic flight with maneuvering in the atmosphere using the thrust of its own engine. Its maximum speed reaches nine speeds of sound, the maximum firing range is thousands of kilometers. The Zircon is capable of destroying both surface and ground targets.

They are planned to arm surface and underwater ships — both promising and under construction.