In Japan, the upgraded "Pantsir-S1M" was evaluated 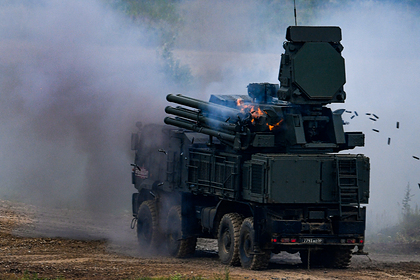 The upgraded anti-aircraft missile and cannon complex (ZRPC) "Pantsir-S1M" can hit small-sized and low-speed drones. The Russian ZRPC was evaluated by military expert Masai Saito in a material for Yahoo News Japan.

Saito noted that the modernization has increased the effectiveness of the ZRPC in the fight against drones. The publication emphasizes that the "Pantsir-S1M" can hit small-sized and low-speed targets that can bypass other air defense systems (air defense).

The article stressed that the Russian ZRPC can suppress radar and navigation equipment of drones at a distance of up to 15-18 kilometers.

Earlier, the editor-in-chief of the Arsenal of the Fatherland magazine, Viktor Murakhovsky, called the increased range of destruction an advantage of the Pantsir-S1M missile defense system. According to him, the Russian complex can shoot down drones before they launch weapons of destruction.

In November, Bekhan Ozdoev, industrial director of the arms cluster of the Rostec State Corporation, said that the Pantsir-S1M can fight all types of attack drones.

The rights to this material belong to Lenta.ru
The material is placed by the copyright holder in the public domain
Страны
Россия
Япония
Продукция
96К6 Панцирь-С1
Компании
Ростех
Проекты
БПЛА
Comments [3]
№1