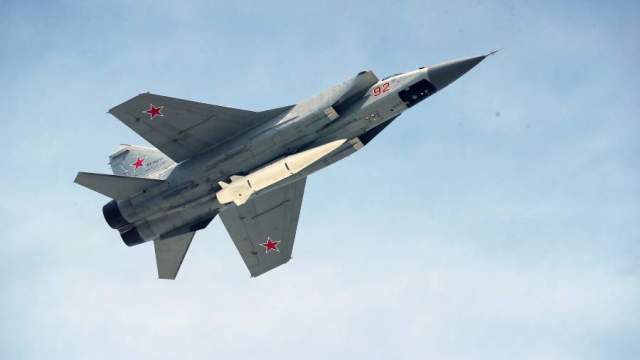 "Within the framework of the State Defense Order in 2022, it is planned to purchase more than 200 units of basic weapons, military and special equipment of the Aerospace Forces, which will allow us to reach the level of modernity of 89 percent," Yudin said in an interview with the official newspaper of the Ministry of Defense of the Russian Federation Krasnaya Zvezda

"We also have to put on combat duty promising samples of the VVST, including those with hypersonic weapons," he added.

The deputy head of the Committee also noted that this year the VKS should receive more than 250 pieces of equipment, including fifth-generation SU-57 fighters, as well as multi-purpose SU-35S fighters, Mi-28NM combat helicopters, Ka-52 and DA-42T training aircraft.

"Currently, there is an active phase of the supply of weapons to the troops, and taking into account the fulfillment by industry organizations of their obligations by the end of the year, the share of modern samples of the VVST will be 87 percent, and serviceability will reach 83 percent," Yudin said.

Currently, Russia has only one hypersonic aviation complex in service - the MiG-31K with a Dagger missile capable of 10 times the speed of sound and hitting targets at a range of more than 2 thousand km. According to official data, since the end of 2017, 10 fighters in the MiG-31K "Dagger" modification have been on experimental combat duty in the Southern Military District.

Russia has gone far ahead in the field of creating hypersonic weapons and weapons based on new physical principles, Russian Deputy Prime Minister Yuri Borisov said on September 17, 2021.