Almaz-Antey has supplied a cooling system for the Ruppur NPP in Bangladesh, work is underway on the Turkish Akkuyu 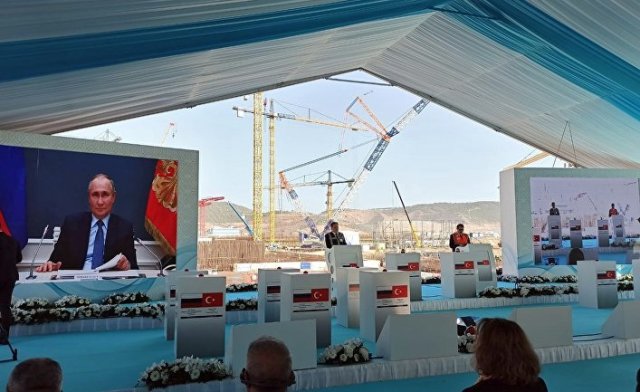 Moscow. September 13. INTERFAX-Izhevsk Electromechanical Plant "Kupol", which produces the world-famous short-range anti-aircraft missile systems of the Tor-M2 family, is conducting a number of projects to create complex cooling systems, including for nuclear power plants, as part of diversification, said Alexander Vedrov, Deputy General Director of the Almaz-Antey Concern for production and technological policy.

"We have already equipped several nuclear power plants with this equipment, including abroad - for example, Ruppur in Bangladesh, we are working on the Turkish Akkuyu," Vedrov said in an interview with Interfax on Monday.

According to him, a separate workshop has been created at the enterprise for the manufacture of such equipment.

Vedrov noted that the Kupol IEMZ, which is part of the Almaz-Antey concern of East Kazakhstan Region, also produces other civilian products. "Kupol is an industrial gas radiant heaters, this is again a medical direction: saline for perinatal complexes, which, despite the sanctions, is produced jointly with partners from Europe," he said.