The US will reduce the order for F-35 aircraft 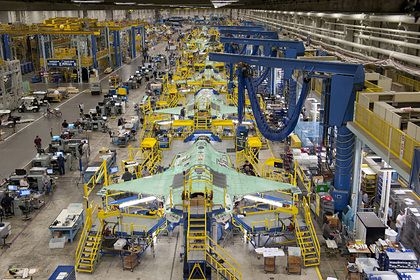 Analysts of the US Air Force are conducting a study of the tactical aviation fleet as the budget for 2023 is being prepared. Their report includes a tactical aircraft, the development of which may lead to a reduction in the order for multifunctional fighter-bombers F-35A. This is the conclusion reached by the authors of the Defense News portal.

Currently, the US Air Force tactical aviation is based on seven platforms, but the Chief of Staff of the Air Force has ordered to reduce their number to four by 2030.

Thus, the sixth-generation fighter, created within the framework of the Next Generation Air Dominance (NGAD) program, should become a promising aircraft for gaining air superiority. The promising design will replace the F-22. The multifunctional F-35A will remain a universal air platform, and most of the modifications of the F-15 will be replaced by the new F-15EX Advanced Eagle.

The attention of the authors of Defense News was attracted by the fourth item of the list. The US Air Force plans to leave modern modifications of the F-16 light fighter or replace them with a new light aircraft. This contradicts the department's original plan, which prescribed the purchase of the F-35 to replace the F-16. The authors of the material note that in the case of the development of a new modification of the F-16 or the creation of a new aircraft, the feasibility of purchasing additional F-35 will be questionable.

Representatives of the US Air Force note that the initial plan for the purchase of 1,763 F-35A units remains unchanged. Meanwhile, the ongoing study may offer alternative options for completing the fleet of the air Force, " the authors of Defense News summarize.

Earlier, the US Congress made a proposal to reduce defense spending in the 2022 fiscal year. The chairman of the House Armed Services Committee, Adam Smith, unveiled an amendment linking the number of F-35 aircraft purchased to the cost of their maintenance.

The rights to this material belong to Lenta.ru
The material is placed by the copyright holder in the public domain
Страны
США
Продукция
F-15
F-16
F-22
F-35
F-35A
Comments [1]
№1