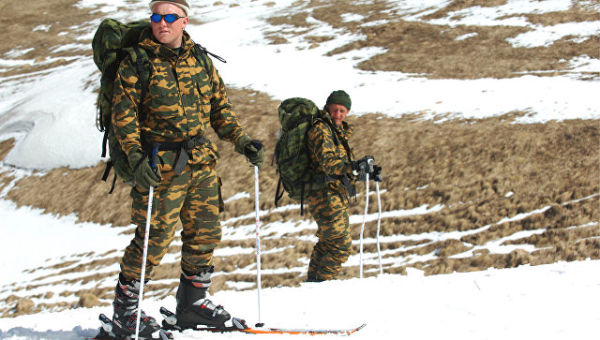 On Saturday, September 4, State Secretary-Deputy Minister of Defense of the Russian Federation Nikolai Pankov inspected the new mobile training complex at the army Center for Mountain training and Survival "Terskol".

The Defense Ministry said that this complex is designed, among other things, to develop the skills of military personnel to overcome obstacles on difficult terrain. Up to 25 people can study on it at the same time. The uniqueness of the complex is also in the fact that it can be deployed quickly enough right in the places of training specialists.

On the same day, Pankov, together with representatives of the participants of the competition of the Army International Games "Elbrus Ring", laid flowers at the monument to the Warrior-climber - defender of the Fatherland. During the Great Patriotic War, soldiers and commanders of the Red Army, who had good physical training, fought heavy battles with the fascists in the Elbrus region. This monument was erected in honor of their exploits.

The State Secretary of the Ministry of Defense also presented awards to the winners of the international competition "Elbrus Ring". Teams from Russia, Abkhazia, Armenia, India, Kazakhstan, China, Pakistan, Uzbekistan and South Ossetia competed in the competitions, which included 15 special tasks. In two weeks, the servicemen made a 100-kilometer march, overcame eight mountain passes, seven glaciers and three mountain rivers.

As a result, the team of the Airborne Troops of the Russian Federation won. The second were the servicemen of Uzbekistan. Bronze medals were awarded to the military from Kazakhstan. "For 14 days, we all watched with interest the progress of special tasks and witnessed events that combine the intensity of passions, the excitement of competition, the top of team spirit, the skill of the participants and the professionalism of the coaching staff," Pankov said at the award ceremony. - It is pleasant to note that people with weapons in their hands meet here as friends. I am sure that such competitions are the best way to increase the combat capability of the troops and strengthen trust between the armed forces of our countries."