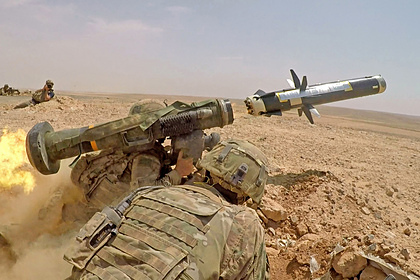 The Pentagon told about a new package of US assistance to Ukraine, which will include the supply of Javelin anti-tank missile systems. This is reported by RIA Novosti with reference to US Secretary of Defense Lloyd Austin.

According to him, the new package of assistance to Ukraine in the amount of $ 60 million was approved by US President Joe Biden.

"As you know, sir, President Biden has approved a new $ 60 million aid package, including Javelin anti-tank systems and beyond, to enable Ukraine to better defend itself against Russian aggression," the Pentagon chief said.

Earlier, the United States doubted the ability of Russian tanks to resist the Javelin ATGM. The author of the material, Sebastien Roblin, suggested that the characteristics of the T-72B3, T-80BVM, T-90M and T-14 tanks are insufficient to protect against an anti-tank complex from the United States. The author also doubts the ability of the "Afghanite" to destroy the Javelin missile. As an argument, Roblin cites the location of the launchers of the destructive elements of the KAZ almost horizontally under the tower. In his opinion, this will not allow protecting the tank in the upper hemisphere.