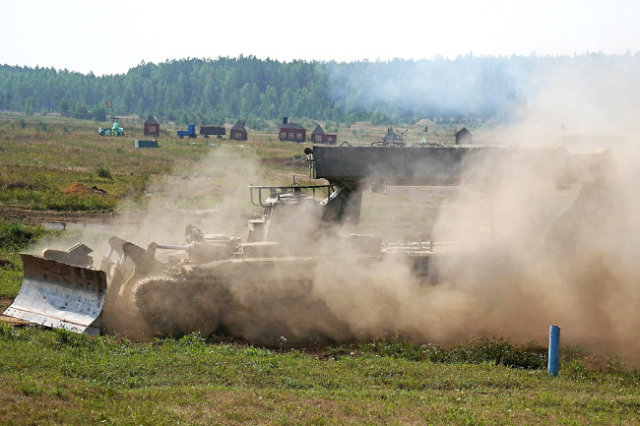 At the military-technical forum "Army-2021", which started today in Yekaterinburg at the Sverdlovsk training ground, a special vehicle of mine clearance groups was presented for the first time. This year, we recall, it entered service with engineering units of the Central Military District.

The car based on the UAZ-2363 pickup truck is designed for the rapid neutralization of explosives on the ground and at infrastructure facilities. It is equipped with a capsule body, in which a special container is installed for the transportation of explosive devices, a rack for dangerous cargo, an automatic fire extinguishing system, a blanket for localization of the explosion. The transport can take five crew members on board.

In total, more than 150 units of new and modernized equipment, which is in service with the Central Military District troops, will be shown at the Yekaterinburg site. For example, for the first time, the search and evacuation amphibious vehicle "Blue Bird" will be presented to the general public, which is used to organize a meeting of astronauts returning to earth. Historical samples will also be demonstrated.

Within the framework of the forum, a "Partisan Village" will be deployed for the first time, where visitors will see how the life of underground fighters of the partisans of the Great Patriotic War was arranged. A large-scale military-historical reconstruction of the combat episodes of the Iasi - Kishinev operation-one of the most successful Soviet operations during the war, which ended with the victory and liberation of the Moldavian SSR, is also being developed at the exhibition site.