Shoigu: The range of missiles on helicopters was almost doubled 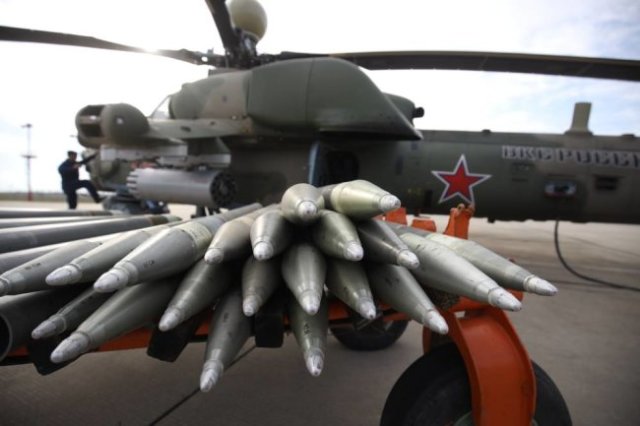 Testing of new and promising weapons in combat conditions helped to identify the shortcomings of this arsenal and make the necessary changes to the design. Russian Defense Minister Sergei Shoigu said this on Thursday on the Zvezda TV channel.

As an example, he cited missiles that are equipped with helicopters. "We have almost completely resolved and corrected the issues that we had in Syria. You remember that we had a difficult question - the range of weapons of army aviation. Unfortunately, the helicopter, both in height and in approach, fell under the action of portable anti-aircraft missile systems. So, it was necessary to increase the range. And today it has been almost doubled, " Shoigu said.

Earlier, the minister repeatedly stated that the operation in Syria revealed serious shortcomings in some new types of weapons and equipment. As a result, almost a dozen and a half samples were removed from service. This applies, in particular, to communication systems, electronic warfare, reconnaissance and strike systems. And some of the Russian weapons had to be returned to the industry for modernization and adaptation to modern conditions. As a result, the problems with such an arsenal were eliminated.

"The following questions are questions related to unmanned aerial vehicles. When we started the campaign in Syria, we had difficult situations at times, because we needed attack drones. Today we can say that we have them, and this is a very good and very worthy experience, " Shoigu said.