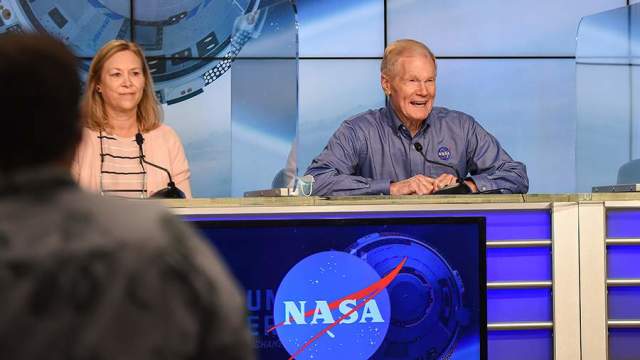 The United States is in a state of a space race with China, while Russian-Chinese cooperation in space can be cited as an example of a more exemplary relationship. This statement was made on Wednesday, August 25, by the head of the American National Aeronautics and Space Administration (NASA), Bill Nelson.

He also expressed uncertainty about the possibility of stabilizing the Sino-American dialogue on outer space: This kind of cooperation requires transparency from the participating country, which, according to Nelson, Beijing does not have.

"Unfortunately, I believe that we are in a state of a space race with China. If we talk about the United States, I would like China to be a partner, as in the case of Russia, " the Director General of NASA is quoted as saying at the 36th Space Symposium Space.

Nelson also positively assessed the interaction of NASA with Russia, expressing hope for the continuation and improvement of work in this direction. He added: regardless of the political differences in relations between Moscow and the West, the Russian side could always "come to a common denominator" with Western partners in terms of outer space.

Earlier in the day, on August 25, NASA spokeswoman Jackie McGuinness announced that Bill Nelson was looking forward to meeting with Roscosmos CEO Dmitry Rogozin. The negotiations of the heads of space departments will take place depending on the situation with the spread of the coronavirus.

Earlier, on June 15, Rogozin announced plans to discuss with NASA the possibility of cooperation in the filming of the film "Challenge" on the International Space Station (ISS). The head of Roscosmos noted that cooperation with NASA is "a huge field of opportunities", and if desired, the parties will be able to agree.

On the same day, Nelson said that during telephone conversations he discussed with Rogozin the cooperation of the United States and Russia in space.