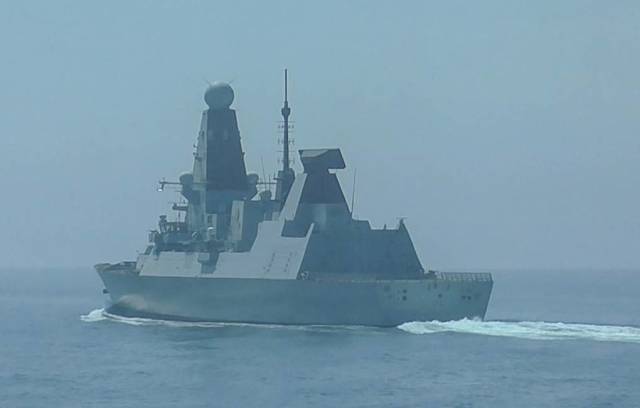 They will receive a worthy answer, according to the head of the Main Military-Political Department of the Ministry of Defense of the Russian Federation Andrey Kartapolov.

MOSCOW, August 20. /TASS/. The incident with the British destroyer Defender in the Black Sea will discourage Russia's partners from aggressive behavior in the Arctic, because they will receive a worthy response, according to the head of the Main Military-Political Department of the Russian Defense Ministry, Andrey Kartapolov.

"I think there will be such attempts. They'll be probing us. But after Defender received four aerial bombs on the course and realized that jokes are bad, they probably already understand that wherever they go, they will get a decent and concrete answer everywhere, " Kartapolov said, answering the question whether there will be attempts to increase tension in the Arctic by a number of countries, on the air of the Moscow Says radio station.

Kartapolov stressed that today Russia is completely ahead of its partners in the Arctic. "We are confidently standing on both legs there. We have prepared, created and operate absolutely unique Arctic bases that allow us to control the situation. After all, the Arctic is also the shortest route for the flight of ballistic missiles and for the flight of strategic bombers. And in fact, it was completely open. But if the partners do not want to live with us in peace and harmony, it means that we are ready for a constructive dialogue there with the help of those tools that we are familiar with and that we have," the deputy minister said.