"Tornado-G", "Hurricane-1M" and "Tornado-S" are produced serially with a new ammunition set 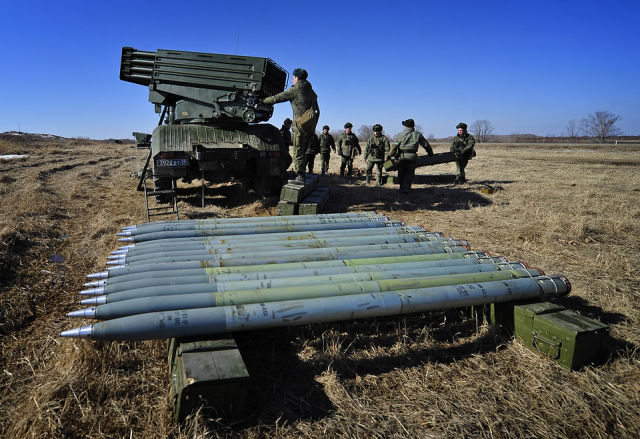 It includes, among other things, high-precision rockets, said Mikhail Osyko, a member of the board of the Military-Industrial Commission of the Russian Federation

MOSCOW, August 19. /TASS/. The complexes of multiple launch rocket systems (MLRS) "Tornado-G", "Hurricane-1M" and "Tornado-S" have been put into mass production in the Russian Federation and put into service. This was stated in an interview with TASS on the eve of the Army-2021 forum by Mikhail Osyko, a member of the board of the Military-Industrial Commission (MIC) of the Russian Federation.

"Of the new samples, it is impossible not to recall the so - called triad-these are modern complexes of multiple launch rocket systems "Tornado-G", "Hurricane-1M" and "Tornado-S". They were put into service instead of the old complexes "Grad", "Hurricane" and "Tornado". Now all three complexes are in the series together with the new ammunition," he said.

Osyko noted that the new ammunition includes, among other things, high-precision rockets.

Tornado-G is a 122 mm MLRS, the development of the Grad MLRS. The new system can fire from unprepared positions in an automated mode, which allows you to quickly open fire, then directly from the cockpit to transfer the artillery part of the system to the marching position and change the position.

The Tornado-S MLRS was created as a result of a deep modernization of the Smerch MLRS. The new system has an increased range and accuracy of shooting. In addition, Tornado-S has the possibility of introducing an individual flight task for each projectile. The system is designed to destroy manpower, equipment, stationary and moving single and group objects.