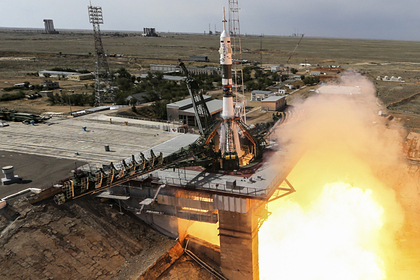 The claims that the hole in the hull of the Russian Soyuz MS-09 spacecraft was drilled by American astronaut Serina Aunen-Chancellor are meaningless. Details of the incident with the formation of a hole in the Soyuz MS-09 hull are disclosed by ArsTechnica, citing a source in NASA.

The publication notes that the American space Agency knew the location of its astronauts at the moment when the pressure began to fall on the International Space Station (ISS). "None of the American astronauts on the station was near the Russian segment to which the Soyuz spacecraft was docked. US officials have shared this data with the Russians to no avail, " the publication says.

In August, NASA said that the Aunen-Chancellor had nothing to do with the appearance of the hole in the Soyuz MS-09 .

In the same month , TASS, citing its own source, reported that the hole in the household compartment of the Soyuz MS-09 was drilled in zero gravity by a person who is not familiar with the device of this spacecraft. The interlocutor clarified that " the Americans refused to pass a polygraph, unlike the Russian cosmonauts."

In August 2018, it became known about an air leak on the ISS, the source of which was a hole in the Soyuz MS-09, which docked to the station in June of the same year. Visual examination showed that the hole appeared as a result of the deliberate impact of the drill on the hull of the ship. The Russian cosmonauts managed to quickly seal the hole, and in December — to make a spacewalk for an external examination.