In five years, the Dragonfly device will go to search for life on Titan 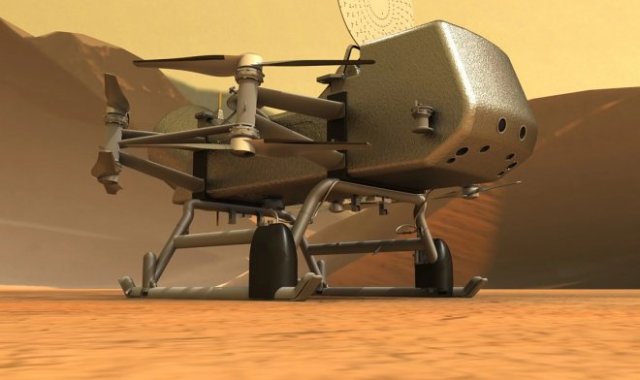 When the Cassini mission explored Titan from the orbit of Saturn, scientists received a lot of new information, but each answer gave rise to a dozen new questions. To answer some of them, in 2019, NASA approved the development of the Dragonfly research vehicle (Dragonfly). It will not be possible to make it universal, so the other day we decided on the priority goal of the mission – it will be the search for life in any form.

The name of the device reflects the nature of its movement – it will make short flights on the surface of Titan to stay at each point for a whole day (16 Earth days) and conduct research. Technically, it is similar to the Ingenuity Martian helicopter, but it will be much larger. The robot helicopter must withstand low temperatures, since it will have to work in lakes of liquid methane, which is -180 °C and lower. Also, he will need a solid supply of fuel, since the research program involves moving several hundred kilometers. 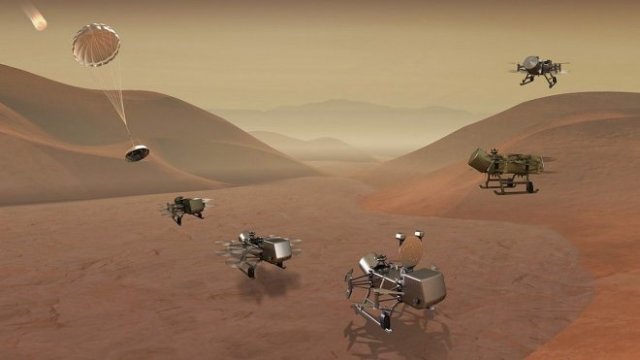 Dragonfly has three main tasks. Firstly, the study of the behavior of methane – is it just liquid or does it form something like a hydrosphere like earth's water, with its own currents, tides, etc.? Secondly, the search for liquid hydrocarbons, the basis of life on Earth. Finally, and thirdly, it will search for everything that scientists designate as "biosignatures", whatever they turn out to be. With a high probability, life on Titan is not similar to Earth, so the search does not promise to be easy. The launch of the Dragonfly mission is scheduled for 2026, the device will reach Titan only in 2034.