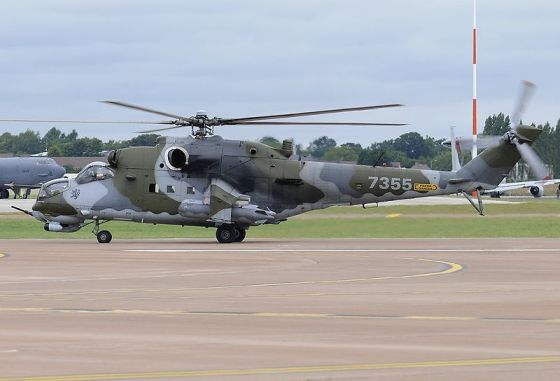 The volume of Russia's secret exports increased by 61% in January—June 2021, to $27 billion. Exports of defense industry, aircraft and shipbuilding products increased by 31%, to $4.7 billion, Vedomosti reports. The largest importer of these products was the Czech Republic, which was included in the list of countries unfriendly to Russia.

Vedomosti studied customs statistics on the secret code SSSSSSSSSSS. Most of the exports were natural gas — $20 billion, or 74% of the total amount. The indicator increased by 72%.

$60 million in statistics falls on tanks and armored personnel carriers, $ 78 million-on warships. The remaining $0.2 billion is classified as "other".

According to Vedomosti, exports to the Czech Republic in the first half of 2021 exceed the figure for the last three years. The country has not recently been included in the top 5 countries for the import of Russian secret products. A source of the newspaper said that the last official contract with the country was signed in the early 2000s. It concerned the supply of military helicopters.

An expert close to the government called the newspaper a likely version that the Czech Republic is a transshipment base for the supply of Russian equipment to other countries. In addition, components for Mi-17 helicopters are officially supplied to the Czech Republic, Soviet equipment remains in the country, which requires modernization. Jiri Ginek, President of the Defense Industry Association, noted that some foreign entities want to use Russian equipment and components, but do not want to receive them directly from Russia.

In May, Russia included the Czech Republic and the United States in a new list of unfriendly states. The work on it was carried out by the decree of President Vladimir Putin. This was a response to a diplomatic scandal: Prague accused Moscow of involvement in the 2014 explosion and expelled 18 Russian diplomats.

About the list-in the material "Kommersant" " Prague is at the gate ."