The Russian Navy was recognized as "still Soviet" 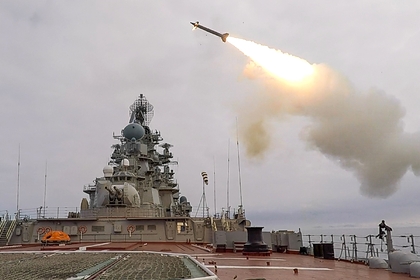 A significant part of the ships of the Navy (Navy) of Russia, especially in the area of the ocean, still Soviet, writes in the "Military-industrial courier" the Vice-President of the Russian Academy of rocket and artillery Sciences (raran) on information policy, doctor of military Sciences Konstantin Sivkov, assessing held in July in St. Petersburg, the main parade of the Navy.

"We can only be proud that Soviet shipbuilders and developers of anti-ship missiles managed to create ships and missile weapons that, even after more than 40 years, retain operational significance for the Navy and are able to solve the tasks of ensuring the national security of the country," the expert notes.

The author admits that " a significant part of the ship composition of our fleet, especially the ocean zone, is still Soviet." "When the largest ships on the parade are frigates, large anti-submarine, at best missile cruisers, I remember how four Soviet aircraft carriers and three nuclear missile cruisers stood in the parade formation of the Soviet Navy," writes the deputy president of the Russian Academy of Sciences.

Nevertheless, according to the Doctor of Military Sciences, "our new ships really surpass all foreign analogues in their tactical and technical data and combat capabilities," but "there are indecently few of them."

Sivkov also drew attention to naval aviation. "The air part of the naval parade was represented by 18 types of combat and transport vehicles. Of these, only two can be considered purely Russian-the Su-30SM fighter and the Ka-52K helicopter. The rest are Soviet-designed machines that have partially undergone modernization of various degrees of depth. In particular, the Il-38N and Ka-28PL. The machines adopted by our fleet in the 1960s-the famous Be — 12 seaplanes-passed through the parade formation, " the expert noted.

In May, the expert admitted that the Joint Strategic Command (USC) "Northern Fleet", which ensures the security of the Russian part of the Arctic, will be destroyed in the event of a war with the US Naval Forces (Navy).