The Russian BMP-3F was compared with the Ukrainian BTR-4 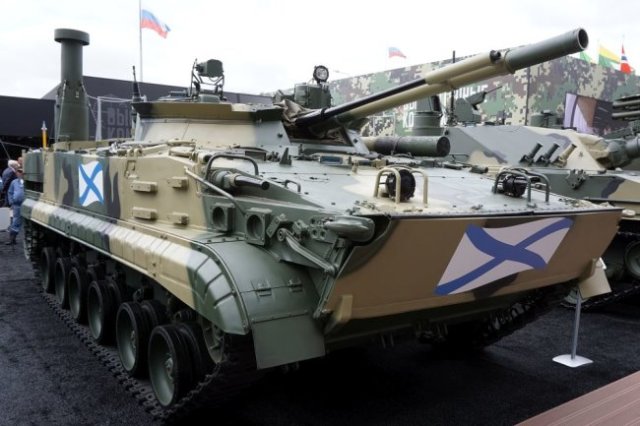 The naval version of the Russian BMP-3, which entered service with the marines of the Black Sea Fleet of the Russian Federation, surpasses the combat qualities of the BTR-4, which is used by Ukrainian marines. The Russian machine has good seaworthiness, which saves landing ships from having to come close to the shore. And in terms of firepower, the BMP-3F has no equal in the world, according to the Ukrainian edition of Defense Express.

Marines of the Black Sea Fleet in the Crimea will be the first in the Russian army to receive a battalion set of the naval version of the BMP-3. Due to various improvements - for example, a retractable snorkel-these machines were able to land in the water and get to the shore on their own, even when the sea is rough. This saves landing ships from having to come close to land, exposing themselves to the impact of all sorts of coastal weapons.

At the same time, the BMP-3F armament is approaching the tank in terms of firepower. It consists of two guns of caliber 100 and 30 mm - such a set allows you to effectively fight both armored vehicles and enemy manpower - including hidden in fortifications.

The BTR-4, which is in service with the Ukrainian Marine Corps, is inferior to the Russian BMP both in terms of driving characteristics and firepower. For example, it is much easier for a tracked IFV to get out of the water on an unequipped coast than for a wheeled APC. Therefore, it is necessary to tighten the requirements for amphibious equipment of the Ukrainian navy in order to adequately resist a serious enemy, the publication summarizes. 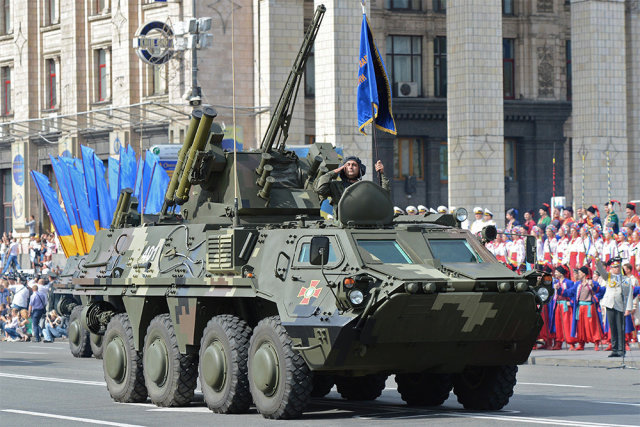 The rights to this material belong to Российская газета
The material is placed by the copyright holder in the public domain
Страны
Россия
Украина
Продукция
P-3 Orion
БМП-3
БМП-3Ф
БТР-4
Проекты
ЧФ
Do you want to leave a comment? Register and/or Log in
Log in via Facebook
The Permanent Representative of the Russian Federation to international organizations in Vienna Ulyanov called the refusal of AUKUS to provide data on the union abnormal
In the USA, they were surprised by the size of the Su-75
The United States agrees with Stoltenberg on the inadmissibility of Russia's influence in the issue of NATO expansion
In the USA, it was proposed to ban "Solntsepeki" and "Pinocchio"
Putin signed the law on the powers of Roscosmos in the field of infrastructure construction
Korean aircraft carrier "won back" funding
Конфликты: Йемен - "забытая" война
The National Interest (США): российский танк Т-80 — это не шутка
Russia will offer India the technology of the Octopus tank
Шойгу счел необходимым построить в России еще несколько крупных городов
The State Duma appreciated the idea of banning the sale of grenades after the shooting at the MFC in Moscow
British military demanded $1.1 million for stuttering after Estonian frosts
Sasapost (Египет): американцы создают самый мощный лазер в истории. Что это значит?
Tank killer: the work of the PTKM-1R anti-roof mine was shown on video
Корпорация "Иркут" до конца 2018 года поставит ВКС РФ более 30 истребителей Су-30СМ
other topics discussed
2006-2021 © ВПК.name. All rights reserved.
When reprinting, link to ВПК.name required.
User agreement.
№ 21-PP in the register of information distributors.
18+
Website hosting: TimeWeb.