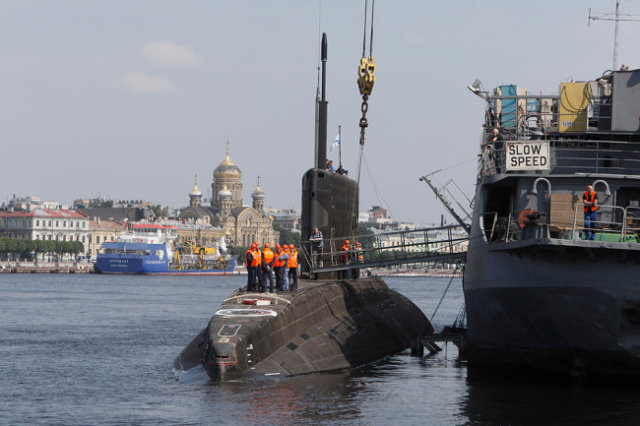 The factory sea trials of the large diesel-electric submarine of the project 636.3 "Magadan"have been completed. They were held in the landfills of the Baltic Sea in two stages.

According to the press service of the Admiralty Shipyards, the tasks of signage and heeling were performed in the near ranges, the noise level was measured, the magnetic fields of the ship were measured, and high - speed, maneuverable and deep-sea tests were conducted in the far ones. During them, the hydroacoustic complex, radar and communications, power plant and life support systems were tested.

In addition, the submarine also performed the necessary dives, including deep-sea ones. The submarine has returned to the enterprise and is undergoing the onshore part of the tests.

Magadan is a diesel-electric submarine of project 636.3. It was laid down on November 1, 2019, launched on March 26, 2021. This is the third submarine that is being built for the Pacific Fleet. There will be six of them in total. In November of this year, the Magadan is planned to be transferred to the Russian Navy.