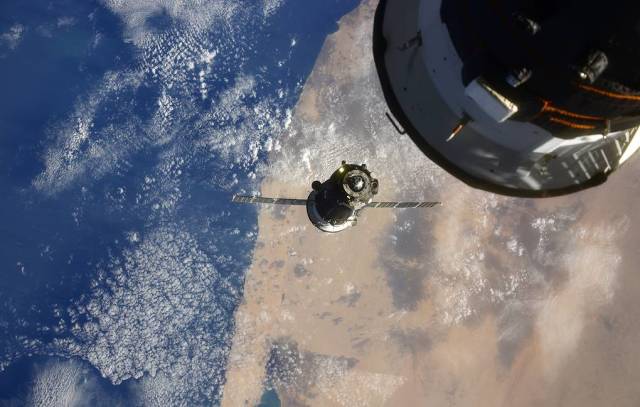 The flight time can theoretically be reduced to 1 hour and 20 minutes, but for safety reasons, the optimal estimated time is 2 hours and 7 minutes, Roscosmos reported

MOSCOW, August 2. /TASS/. Transport spacecraft will be able to reach the International Space Station (ISS) using a single-turn scheme in about two hours. This was reported to TASS by the head of the ballistics department of the Rocket and Space Corporation Energia (part of Roscosmos), Rafail Murtazin.

"I think it is possible to keep within two hours with a theoretical limit of about 1 hour and 20 minutes, that is, it is possible to accelerate further, but probably it is not worth it for safety reasons," Murtazin said, answering the question of how long the ships will fly to the ISS according to the corresponding flight scheme.

According to the ballistics expert, now the estimated time is 2 hours and 7 minutes. "If we optimize with the final section, reducing the arrival speed and not conducting braking impulses, we can immediately go into the flyby phase, thereby further improving the safety of docking," he explained.

In April 2019, RSC Energia developed a single-turn scheme for approaching spacecraft with the ISS, for the first time its elements were tested during the flight of the Progress MS-17 spacecraft. Roscosmos CEO Dmitry Rogozin told reporters that a single-turn flight scheme to the ISS can be tested in 2022.

As the head of the ballistics department of RSC Energia, Rafail Murtazin, told TASS, according to the single-turn scheme, it is assumed that after launching with the help of two pulses, the ship will be in a coelliptic orbit, geometrically similar to the orbit of the ISS. With this approach, when the observation angle of the station from the ship is 23 degrees, the point of execution of the optimal pulse is uniquely determined, which leads the ship to the vicinity of the station after half a turn.