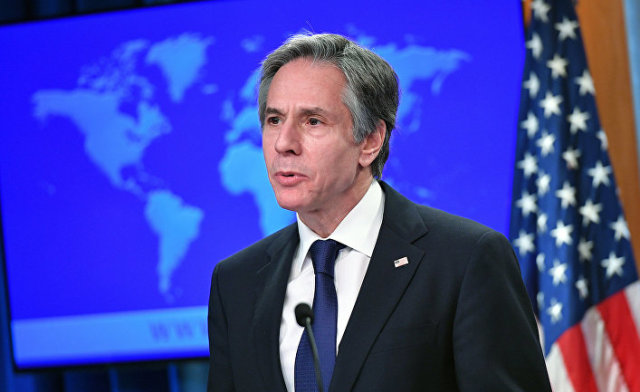 Washington. August 1. INTERFAX-Washington holds Iran responsible for the attack on the Mercer Street tanker in the Indian Ocean, US Secretary of State Anthony Blinken said in a statement released on Sunday.

"Based on the results of the review of available information, we are confident that Iran carried out this attack, which led to the death of two innocent people, with the help of an explosive - laden drone - a lethal weapon that is increasingly being used in the region," Blinken said.

"There is no justification for this attack, which fits into the model of attacks and other hostile behavior (of Iran-IF)," the Secretary of State stressed.

According to him, the United States is working with partners to work out the next steps in connection with this situation and is consulting with the countries of the region and other states for retaliatory actions. Blinken also offered condolences to the families of the victims of the attack on the tanker.

Earlier it was reported that the Japanese tanker Mercer Street, traveling without cargo from Dar es Salaam to Fujairah, was attacked in the north of the Indian Ocean. As a result, two crew members were killed - a British citizen and a Romanian citizen.

The Iranian authorities have denied involvement in the attack on the Mercer Street tanker in the Indian Ocean.

Later on Sunday, Israeli Prime Minister Naftali Bennett said that Iran was responsible for the attack on the Mercer Street tanker in the Indian Ocean, and Israeli intelligence has evidence of this.