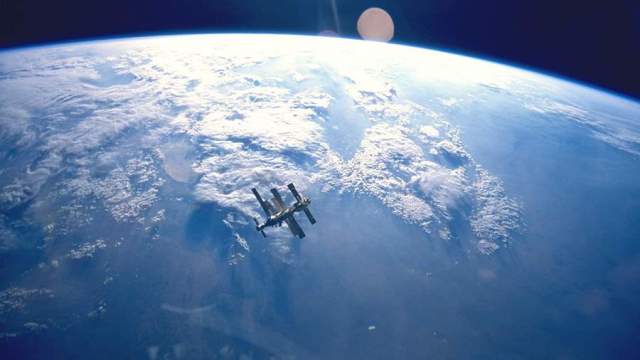 To eliminate the loss of orientation of the International Space Station (ISS), caused by a 45-degree change in altitude due to the spontaneous activation of the engines of the Russian Nauka module docked to the station on Thursday, it was necessary to turn on the engines of the Zvezda module and the Progress MS-17 cargo ship docked to the Poisk module. This was announced on Friday, July 30, by the REN TV channel.

At the same time, as Joel Montalbano, the head of the American ISS program, said on Thursday, July 29, during a telephone press conference, NASA specialists did not record any damage to the station.

"We will check all the telemetry data in the near future, but we don't see anything yet. We asked the crew if the station was shaking or something like that was happening. The answer was negative, nothing like this is happening, " TASS quoted him as saying.

In turn, the head of Roscosmos, Dmitry Rogozin, noted on Twitter that everything is fine on the ISS.

"The crew is resting. And I advise you," he wrote.

Earlier in the day, the module "Science", intended for the implementation of the Russian program of scientific and applied research and experiments, docked to the ISS.

Later, Russian cosmonaut Oleg Novitsky on board the ISS informed the specialists of the Moscow Mission Control Center (MCC)about the unplanned engines of the Nauka module. Later, the astronauts reported that they were able to turn them off.

Roscosmos explained that the operation of the engines was connected with the process of transferring the module from flight mode to the "docked with the ISS"mode.


On July 21, the module was launched from the Baikonur Cosmodrome on a Proton-M rocket and put into low-Earth orbit. On July 26, Russia undocked the Pirs module from the Zvezda module on the ISS to make room for Nauka.

On July 28, the European Space Agency (ESA) reported failures in the operation of the module. So, after the disclosure of the solar panels and antennas of the module, the MCC lost telemetry with "Science". The module also did not perform the first activation of the engine to raise the orbit, there were problems in the approach and docking system "Course" on the module. The head of Roscosmos, Dmitry Rogozin, said that the flight of the Nauka module to the ISS caused the developer's worries, all the comments that arose will be analyzed by the state commission.