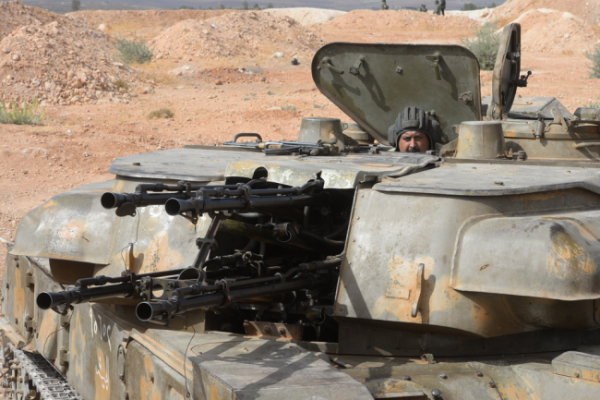 In the column of the Syrian government troops following to the province of Daraa, super-protected "Shilkas"were seen.

These combat vehicles differ from conventional self-propelled anti-aircraft installations in that they have dismantled radar stations that have become unnecessary and increased the ammunition supply of 23-mm quadruple rapid-firing guns. There are also additional armor sheets that protect against bullets and shrapnel, and anti-accumulation screens.

During the fighting, participants of illegal armed groups repeatedly fired at such ZSU-23-4 from hand-held and machine-gun grenade launchers, and in most cases, armored vehicles saved the lives of their crews, remaining capable of further performing combat tasks.

Some of the samples also received steel chains with metal balls, which serve to neutralize anti-tank ammunition. There are variants of self-propelled guns that differ in the installation of additional armor plate belts located at an angle.

To increase the firepower, unguided medium - caliber missiles were added to the cannon armament, and thermal imaging cameras were added for effective use in the dark.

As a rule, such modernized " Shilki "are in service with elite formations of the Syrian armed forces.