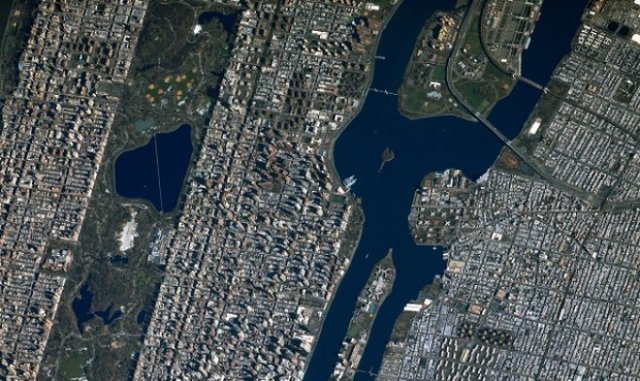 Neural networks find changes in the forest, compare them with the permitted declarations (where it is possible to cut) and make a decision, send inspectors, said Milana Elerdova, general director of TERRA TECH

ZHUKOVSKY /Moscow region/, July 22. /TASS/. Data from Earth remote sensing satellites help to find "black loggers" in the regions of Russia. This was reported to TASS by the general director of the TERRA TECH company (a subsidiary of the Russian Space Systems JSC of the Roscosmos state Corporation) Milan Elerdova.

"Neural networks have been actively developed. We train neural networks to find changes in the forest, then we work with regions. They compare with the permitted declarations (where it is possible to cut) and make a decision, send inspectors who can find "black loggers" according to the analytics and alerts (alerts) that space gives them, " Elerdova noted.

According to the CEO of the company, this direction is very promising from the point of view of the economy for the regions.

Last year, Elerdova added, the Digital Earth project was implemented with Roscosmos. Services", which is aimed at experimental testing of the results that neural networks give. "The regions looked at how good the accuracy is, how high the efficiency is. They gave their recommendations and reviews. The next stage will be the refinement of neural networks and adaptation to the specific tasks of the regions and interested federal executive authorities, " the company's CEO said.

This year, the International Aviation and Space Salon MAKS-2021 celebrates its 15th anniversary. The air show takes place from July 20 to 25 in Zhukovsky, near Moscow. All activities within the framework of MAKS-2021 are carried out taking into account the requirements of countering the spread of COVID-19.

The rights to this material belong to ТАСС
The material is placed by the copyright holder in the public domain
Страны
Россия
Компании
РКC
Роскосмос
Проекты
МАКС-20XX
Do you want to leave a comment? Register and/or Log in
Log in via Facebook
The Permanent Representative of the Russian Federation to international organizations in Vienna Ulyanov called the refusal of AUKUS to provide data on the union abnormal
The United States agrees with Stoltenberg on the inadmissibility of Russia's influence in the issue of NATO expansion
In the USA, they were surprised by the size of the Su-75
In the USA, it was proposed to ban "Solntsepeki" and "Pinocchio"
Putin signed the law on the powers of Roscosmos in the field of infrastructure construction
Korean aircraft carrier "won back" funding
Конфликты: Йемен - "забытая" война
The National Interest (США): российский танк Т-80 — это не шутка
Russia will offer India the technology of the Octopus tank
Шойгу счел необходимым построить в России еще несколько крупных городов
The State Duma appreciated the idea of banning the sale of grenades after the shooting at the MFC in Moscow
British military demanded $1.1 million for stuttering after Estonian frosts
Sasapost (Египет): американцы создают самый мощный лазер в истории. Что это значит?
Tank killer: the work of the PTKM-1R anti-roof mine was shown on video
Корпорация "Иркут" до конца 2018 года поставит ВКС РФ более 30 истребителей Су-30СМ
other topics discussed
2006-2021 © ВПК.name. All rights reserved.
When reprinting, link to ВПК.name required.
User agreement.
№ 21-PP in the register of information distributors.
18+
Website hosting: TimeWeb.