Glavkosmos will launch commercial vehicles at the Arcturus center" 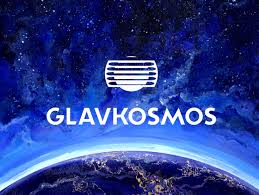 The parties concluded a corresponding agreement at the site of the International Aviation and Space Salon. They also plan to cooperate in the implementation of projects for scientific and educational purposes

ZHUKOVSKY /Moscow region/, July 21. /TASS/. The Glavkosmos company (part of the Roscosmos state Corporation) has signed an agreement on launching spacecraft as part of commercial missions with the Arcturus Space Technology Center located in the Rostov Region, negotiations were held within the framework of the International Aviation and Space Salon in Zhukovsky, near Moscow. This was reported on Wednesday by the press service of the regional government.

"The start of the partnership is a significant step for the development of promising projects in the space industry in the south of the country. It is extremely important for us to be able to build a dialogue for Rostov organizations with the leading companies of the Russian space industry. The possibility of joint work on All-Russian educational initiatives is also very significant, " the press service quotes the words of Anton Alekseev, adviser to the governor of the Rostov Region.

In addition to commercial launches, the parties will cooperate on the formation and implementation of projects for scientific and educational purposes, pay attention to the popularization of Russian launch vehicles on the international market, as well as provide information support to the educational project "Space Universal Education" aimed at the development of engineering and IT personnel in Russia.

"The Arcturus Center sets itself a number of tasks for the development of technological competencies for the assembly and launch of spacecraft, educational projects. The partnership with Glavkosmos, in our opinion, will allow us to implement ideas and find applied solutions to important state tasks in the field of space technologies, "added Konstantin Gufan, director of the Arcturus Center, quoted by the press service.

The Arcturus Space Technology Center was established in 2020. The mission of the center is the centralized provision of technologies to the broad academic community for the implementation of applied scientific research and the formation of an actual scientific agenda for the exploration of near space, as well as the involvement in space research of a wide number of participants from regional scientific communities, universities, institutes, circle movements and schools. A separate direction and purpose of the center is to support projects in the field of space and digital technologies.

The Center also acts as a technical consultant to a team of schoolchildren of the Rostov region on the project of creating a space satellite that will be sent into orbit in November 2021 as part of the Agrosat project from the Firon ANO as the winner of the "Duty on the Planet" program of the Innovation Promotion Foundation.