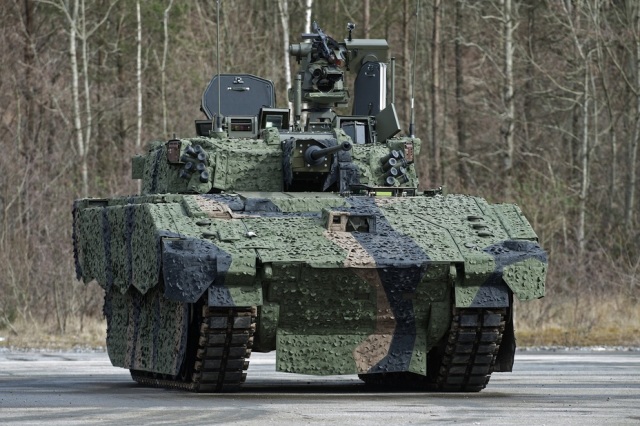 LONDON, July 20. /TASS/. The Ministry of Defense of the United Kingdom may completely abandon the operation of Ajax armored vehicles of the new generation, produced by a subsidiary of the American company General Dynamics. This was announced on Tuesday by the deputy head of the Defense Department of the United Kingdom, Jeremy Queen, who is responsible for military procurement issues.

According to him, the British government is "not 100 percent sure" that the problems with armored vehicles, which have already cost the budget 3.5 billion pounds ($4.8 billion), will be solved in the end. Over the past year, Ajax tests have been suspended twice due to concerns for the safety and health of the crews.

As previously reported, these vehicles cannot move at a speed higher than 20 miles (32 km) per hour without risking the safety of the crew. The servicemen had joint swelling after riding them, in addition, they complained of a feeling of constant noise in their ears. Experts attribute this to the structural defects of the machines, which are expressed in excessive vibration, including not allowing shooting while driving.

The contract for the supply of 589 armored vehicles for a total of 5.5 billion pounds ($7.6 billion) was signed with the British division of General Dynamics in 2014. It was assumed that the first deliveries of cars would begin in 2017, but in reality they began to enter the army only in 2019. At the moment, only 26 of them have been transferred to the Royal Armed Forces (AF).

"I would describe Ajax as a program that involves a lot of difficulties. I would like the situation to be different, but so far it is not so. It is necessary to do a huge amount of work both for us and for our partners in the industry to get back on the right path," Quinn said, speaking to parliamentarians. At the same time, according to General Dynamics representative Carew Wilkes, the problems that have arisen "can still be eliminated."

In turn, the head of the medical service of the British Armed Forces, Major General Tim Hodgetts, said that 23 of the 307 servicemen who participated in the tests had to be treated with steroids due to hearing problems after operating armored vehicles, and eight had vibration injuries, including "back and joint pain".

The rights to this material belong to ТАСС
The material is placed by the copyright holder in the public domain
Страны
Великобритания
США
Компании
General Dynamics
Проекты
Медицина
Do you want to leave a comment? Register and/or Log in
Log in via Facebook
The Permanent Representative of the Russian Federation to international organizations in Vienna Ulyanov called the refusal of AUKUS to provide data on the union abnormal
The United States agrees with Stoltenberg on the inadmissibility of Russia's influence in the issue of NATO expansion
In the USA, they were surprised by the size of the Su-75
The National Interest (США): российский танк Т-80 — это не шутка
Korean aircraft carrier "won back" funding
Шойгу счел необходимым построить в России еще несколько крупных городов
The State Duma appreciated the idea of banning the sale of grenades after the shooting at the MFC in Moscow
British military demanded $1.1 million for stuttering after Estonian frosts
Sasapost (Египет): американцы создают самый мощный лазер в истории. Что это значит?
Tank killer: the work of the PTKM-1R anti-roof mine was shown on video
Корпорация "Иркут" до конца 2018 года поставит ВКС РФ более 30 истребителей Су-30СМ
Как России зарабатывать больше на продаже вооружений
Putin signed the law on the powers of Roscosmos in the field of infrastructure construction
In the USA, they called the advantages of the Russian "Sun"
Американский эксперт назвал пять мощнейших российских танков
other topics discussed
2006-2021 © ВПК.name. All rights reserved.
When reprinting, link to ВПК.name required.
User agreement.
№ 21-PP in the register of information distributors.
18+
Website hosting: TimeWeb.