In the United States, they told about the difficulties of the Russian clone of the American F-35 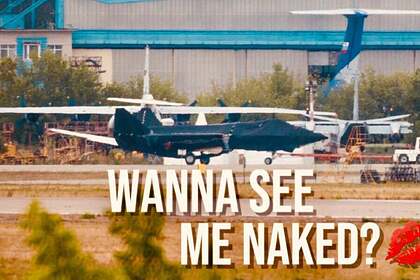 The new single-engine fighter of the fifth generation, which Russia can show at the International Aviation and Space Salon of 2021 (MAKS-21), may face competition from Turkish and South Korean combat aircraft on the foreign market, says The Drive.

Commenting on the first picture of a promising fighter, the American publication admits that the developers of the latter will adhere to the same "balanced" approach to stealth characteristics as the creators of the twin-engine Su-57. "The big factor here is money. Russia would have to make a very difficult choice to independently carry out the full development and delivery of this aircraft. Hence the strong marketing push for major export partners to help offset some or even all of the costs, " says The Drive.

In July, the Ukrainian information and consulting agency Defense Express wrote that the military aircraft that Rostec plans to demonstrate at the MAKS-21 will be a single-engine fighter clone of the American F-35 Lightning II, affordable for foreign customers.

In September 2020, the Defense News publication, citing a source, reported that Ukraine and Turkey are seeking to deepen their military-technical cooperation, possibly on the Turkish Fighter X (TF-X) fighter program, which was the subject of negotiations held at the end of August of the same year in Ankara.