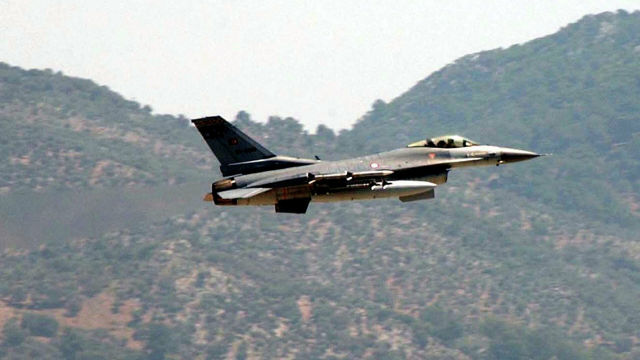 TSAMTO, July 5. According to the Turkish Defense Ministry, the first 100 out of 1000 ordered precision guidance kits for HGK-82 bombs were handed over to the Turkish Air Force command on June 24.

According to Daily Sabah, the kits are manufactured by ASFAT (Askeri Fabrika ve Tersane Isletme / Military Factory and Shipyard Management Incorporated) in cooperation with the Research and Design Institute of the Defense Industry of the Turkish Scientific and Technical Research Council (Tubitak-SAGE). The delivery of the remaining sets of HGK-82 is planned to be completed by August 2022.

Previously, Aselsan was engaged in the production of HGK-82 in cooperation with Tubitak-SAGE.

During the ceremony, Tubitak-SAGE CEO Gurkan Okumush said that the GNSS Kasif satellite navigation system receiver developed by his institute meets the requirements of the Turkish Armed Forces and is integrated into the HGK-82. According to him, it is currently difficult to purchase such receivers abroad. The purchase of national kits should reduce Turkey's dependence on foreign countries.

As reported by TSAMTO, the HGK-82 kit "turns" free-falling 500-pound Mk-82 bombs into high-precision air-to-ground ammunition. Guided aerial bombs can be used by F-16 and F-4E aircraft of the Turkish Air Force at any time of the day. The ammunition is used in a set with BRU-57 bomb holders.

The rights to this material belong to ЦАМТО
The material is placed by the copyright holder in the public domain
Страны
Турция
Продукция
F-16
Компании
Aselsan
Do you want to leave a comment? Register and/or Log in
Log in via Facebook
In the USA, it was proposed to ban "Solntsepeki" and "Pinocchio"
The United States agrees with Stoltenberg on the inadmissibility of Russia's influence in the issue of NATO expansion
The Permanent Representative of the Russian Federation to international organizations in Vienna Ulyanov called the refusal of AUKUS to provide data on the union abnormal
Putin signed the law on the powers of Roscosmos in the field of infrastructure construction
Korean aircraft carrier "won back" funding
Конфликты: Йемен - "забытая" война
The National Interest (США): российский танк Т-80 — это не шутка
In the USA, they were surprised by the size of the Su-75
Russia will offer India the technology of the Octopus tank
Шойгу счел необходимым построить в России еще несколько крупных городов
The State Duma appreciated the idea of banning the sale of grenades after the shooting at the MFC in Moscow
British military demanded $1.1 million for stuttering after Estonian frosts
Sasapost (Египет): американцы создают самый мощный лазер в истории. Что это значит?
Tank killer: the work of the PTKM-1R anti-roof mine was shown on video
Корпорация "Иркут" до конца 2018 года поставит ВКС РФ более 30 истребителей Су-30СМ
other topics discussed
2006-2021 © ВПК.name. All rights reserved.
When reprinting, link to ВПК.name required.
User agreement.
№ 21-PP in the register of information distributors.
18+
Website hosting: TimeWeb.