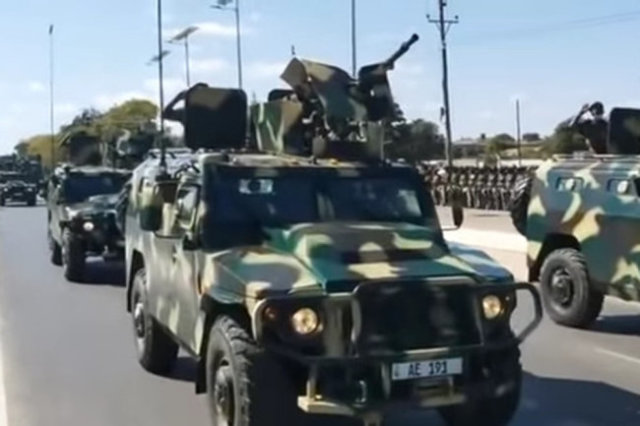 At a recent military parade in Zambia, Russian-made Tiger armored vehicles were demonstrated for the first time.

They differ from the already familiar models with reinforced weapons. In the rotating armored turret with an open top, the Vladimirov heavy machine gun, currently considered one of the most powerful in the world, is installed.

It is known that the production of weapons of 14.5 mm caliber was also organized in China, but their QJG-02 has not yet received much distribution.

Thanks to the installation of the CPV, the Zambian military has the opportunity to effectively combat not only light armored vehicles, but also low-flying aircraft and helicopters of various types, as well as unmanned aerial vehicles at ranges up to 2000 m and altitudes of 1500 m.

Interestingly, earlier local security forces showed "Tigers" with the MG3, which, as is known, is a development of the German MG 42 machine gun of the Second World War.

The parade was also attended by BTR-80 armored personnel carriers and BRAM-K armored repair and evacuation vehicles made on their basis.

Among the automotive equipment, Russian "Urals" predominate. Among them are variants with the Rapier anti-aircraft missile system and the Israeli Hermes 450 reconnaissance unmanned aerial vehicles.